Separate 'law from politics', says Venezuela's lawyer in spat over $1 billion worth of gold stored at the BoE 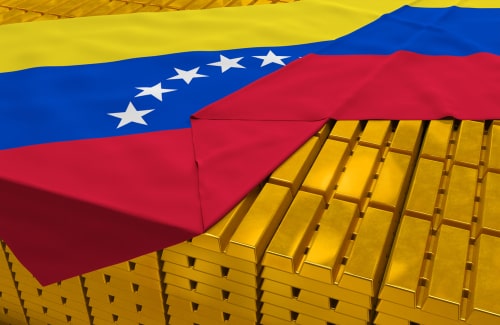 (Kitco News) Venezuela's central bank is suing the Bank of England (BoE) to get access to its London-stored gold that is worth more than $1 billion.

The legal proceedings began Monday with the lawyer representing the Venezuelan President Nicolas Maduro calling on the London court to distinguish between the law and politics.

“One must be careful to disentangle the law from the politics,” Bloomberg News reported lawyer Nick Vineall as saying at a hearing on Monday. “It’s vital to remember that recognition of a government doesn’t imply approval. Conversely, approval in a political sense does not imply recognition.”

Maduro is arguing that Venezuela needs its BoE-stored gold to help fight the economic fallout from the COVID-19 outbreak. The Venezuelan central bank has been asking for the gold to be sent to the United Nations Development Programme (UNDP), which is helping the country with the coronavirus crisis.

Vineall has proceeded to argue that Maduro’s government is the one in charge of appointing officials, collecting taxes, setting budgets, which make Maduro the official head of government. This statement comes as many countries, including the U.S., are refusing to recognize Maduro as the official leader of Venezuela.

Venezuela’s BoE-stored gold has been in a legal limbo since the U.K. central bank denied Maduro’s request to withdraw the gold.

The leader of the Venezuelan opposition Juan Guaido, who is being backed by the U.S. and more than 50 other countries, has also laid claim to the gold in question.

At the end of May, the BoE said it wanted to delay court proceedings “to permit Mr. Guaido to intervene and to lay claim to the central bank’s gold.”

According to the BoE, it was “caught in the middle,” Bloomberg reported in May.

“The regrettable, irregular, and unrealistic approach adopted by the Maduro Board in these proceedings leaves the BOE unacceptably exposed,” said the BoE attorney Brian Kennelly.

In response, the judge has adjourned the hearing for a week back in May.

The hearings have began this week after the Venezuelan central bank sued the BoE in a British commercial court in May. The ruling is not expected until August or September. The judge presiding over the case is Justice Nigel Teare.

The opposition has claimed that Maduro will use the gold to pay off his foreign allies. A claim that is being denied by the Maduro administration and the lawyer.

In the meantime, Maduro’s government has sold 30 tonnes of gold from its reserves to foreign buyers over the last two years in order to get their hands on much needed cash, Reuters reported.