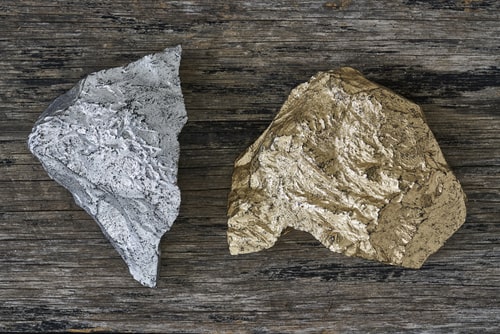 (Kitco News) The gold and silver bull market is in its early stages, and it is already looking to be one of the most volatile bull runs, according to Chancery Asset Management founder Thomas Puppendahl.

The COVID-19 outbreak was just “one snowflake that let the avalanche come down,” Puppendahl told Kitco News on the sidelines of the Mines and Money Online Connect virtual conference on Thursday.

The ingredients are all there for both gold and silver to begin an epic rise, and Puppendahl is not ruling out seeing gold at $5,000 an ounce and silver at $50 an ounce in just three years.

Another key prediction for the precious metals bulls is that silver will finally outperform gold, according to Puppendahl.

“Fundamentals are pretty much the same for gold and silver but silver moves in a much more volatile fashion. In a bull market, silver moves much more in percentage terms,” he said. “Ingredients are in place for silver to finally outperform gold.”

The reason why silver hasn’t done much up until now is because of the metal’s usual trading pattern at the beginning of a bull market, Puppendahl pointed out.

“In the early stages of the bull market, gold starts to move first and silver always lags behind but starts to move with certainty later. Once it moves, it really moves. We’ve seen it in 2010 when it went from $17 to $50 in the space on nine months,” he explained.

Longer term, Puppendahl is even more bullish on silver, expecting to eventually see triple digit prices for the precious metal. “It doesn’t take much to trigger a sharp move in silver because it is such a small market,” he said.

When it comes to gold, Puppendahl projects a vast acceleration in prices up to 2023, then some correction, and an ultimate climax around 2025.

“I’ve been bullish on gold for a long time. We are in the early stages of a third major bull market in this bigger cycle that will take gold to much higher levels,” he said. “It is not too much of a stretch to predict that gold will touch and maybe breach $1,900 this year or next year.”

So far, it has been a “stealth bull market,” said Puppendahl, meaning that it has gone largely unnoticed by the mainstream investors.

“The mainstream investors completely missed it so far because everyone looks at U.S. dollar gold price, which is still below its record high. But in every other currency gold is already at new highs,” he said.

But it is not too late to get in as Puppendahl sees prices heading much higher as inflation eventually picks up.

“Money printing has continued and accelerated. Gold needed a black swan event to launch the next bull market. Everything has come together now … We are seeing government going in hyper overdrive and printing even more money and central banks are calling on governments to implement fiscal stimulus because central baks are at the end of their tool box,” he said. “Government stimulus packages will finally trigger inflation in the real world. This is what triggered the gold bull run now. It is becoming clear that there will be real inflation in the real world.”

Money printing cannot go on forever and eventually something will need to change, Puppendahl added.

“Monetary system will need a reset to go back to something that is backed by some real asset like gold and silver,” he said. “The monetary system and money printing is way beyond the point where it could be repaired. That recent reset will involve higher gold price.”

Chancery Asset Management is based in Singapore. It is currently focused on developing its own gold assets in Brazil. The first is Faina Goldfields Inc. (“Faina”) located in the central Brazilian state of Goiás. The second project involves working with Valterra Resource Corp. to establish a presence in the Poconé-Cuiabá gold belt in Mato Grosso, Brazil.