Gold to push above $3K in 3-5 years: Fiat currency is a key bubble — hedge fund 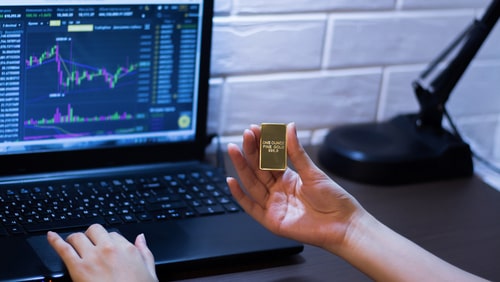 (Kitco News) Gold prices could nearly double in just three to five years, according to one hedge fund manager, who sees gold as an anti-bubble in an environment fraught with asset bubbles and runaway inflation.

Ultra-accommodative monetary policies and unlimited money printing will catch up with the markets and gold will rise above $3,000 an ounce in the next three to five years, Diego Parrilla, who heads the $450 million Quadriga Igneo fund, told Bloomberg this week.

Parrilla’s fund, which has delivered a 47% return this year, is made up of cross-asset hedges.

“What you’re going to see in the next decade is this desperate effort, which is already very obvious, where banks and government just print money and borrow, and bail everyone out, whatever it takes, just to prevent the entire system from collapsing,” Parrilla told Bloomberg. “The bubbles are too big to fail and mommy and daddy will do whatever it takes to prevent this.”

Parrilla made some heavy bets on gold and Treasuries this year, which ended up paying off.

The fund manager said that inflation will be a major problem in the next decade. He noted that fiat currencies are bound to lose their value in light of the massive money printing needed to sustain stimulus packages around the globe.

“One of the key bubbles is fiat currency, and one clear anti-bubble in this system is gold,” he said.

Volatility and inflation will be going significantly higher, Parrilla added, stating that it is the “case of when, not if.”

“What we’ve seen over the last decade is the transformation from risk-free interest to interest-free risk, and what this has created is a global series of parallel synchronous bubbles,” he added.

Parrilla is also the author of a book titled ‘The Anti-Bubbles: Opportunities Heading into Lehman Squared and Gold’s Perfect Storm,’ in which he explains his investment arguments more closely.

The fund manager refers to his investment strategy as the search for anti-bubbles.

The Quadriga Igneo fund, which was launched in 2018, saw its biggest gains after coronavirus-related fears in February and March. The fund’s investments are made up of about 50% gold and other precious metals, 25% Treasuries, and the the rest consist of options strategies. “[The latter] part that makes us super explosive,” Parrilla said.