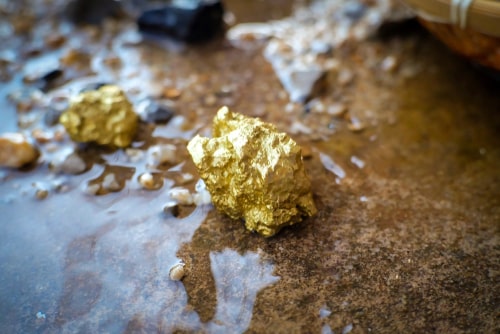 (Kitco News) As gold prices firm above $1,800 an ounce, there seems to be a growing number of concerns around sourcing gold responsibly.

The latest allegations came from a Global Witness report, published Thursday, which said that the Swiss refiner Valcambi SA purchased large amounts of gold from Dubai-based Kaloti Precious Metals Group, which was at risk of acquiring Sudanese conflict gold.

“The world’s largest gold refiner, Switzerland-based Valcambi, has sourced over 20 tonnes of gold from UAE-based refiner and gold trader Kaloti, which likely purchased Sudanese conflict gold in 2012 and was at high risk of doing so in subsequent years, our new investigation reveals,” the report stated.

The report called on the London Bullion Market Association (LBMA) to look into the claims more closely and improve its system for overseeing gold producers.

“Our findings severely undermine the credibility of the LBMA, the gold sector’s premier accreditation body, which has continued to include Valcambi on its Good Delivery List … The gaps in the LBMA’s responsible sourcing standards and the body’s apparent lack of oversight of Valcambi has facilitated the company’s due diligence failures vis-à-vis Kaloti,” the report said.

Kaloti denied the allegations, Bloomberg reported. “Kaloti is independently audited each year against the relevant standards and at no time has any conflict material, from any jurisdiction, including Sudan, been identified in any of its supply chains,” Bloomberg quoted Kaloti as saying. “Furthermore, Kaloti has never sent any gold material sourced from Sudan to any Swiss refinery whatsoever.”

A press release on Valcambi’s website that was published last month stated that the refiner plans to adopt “a new Secured Data Storage (SDS) system that strengthens and automates its precious metals sourcing process, and allows increased transparency and sharing of information.”

“Based on blockchain technology, the SDS system will require entities looking to become a precious metals supplier to Valcambi to upload all due diligence information, data and documents required by the most stringent due diligence standard (based on LBMA Refiners Toolkit due diligence templates) into the database. This will then be accessible to all appropriate auditing parties,” the press release said.

However, that is not all. In another report, also published on Thursday, Bern-based non-governmental organization Swissaid questioned LBMA’s standards for overseeing conflict gold.

“The audits to which refineries are subject are not sufficiently transparent. The London Bullion Market Association (LBMA) has limited powers and is not able to identify suppliers to its member refineries,” Swissaid wrote in the report. “The LBMA is an important player in the sector in promoting and demanding responsible practices. However, it must be much more rigorous with regard to the problematic supplies of its member refineries. The London-based association must also be more committed to increasing transparency in the sector.”

On Friday, the LBMA issued a ‘Responsible Sourcing Update’ on its website, stating that it “is committed to maintaining the highest due diligence standards for sourcing material.”

All the refiners recognized by the LBMA are independently audited every year, the association said.

“These annual audits, conducted by LBMA Approved Service Providers, may be supplemented by special audits if and when material new information or evidence becomes available. Also, LBMA will assess such information/evidence and make further inquiries, as required, or if warranted, launch a formal Incident Review Process,” the press release stated.

The association added that it can’t fix the issue alone and recognizes that more needs to be done. “We are continuously engaged with other parties such as the OECD, law enforcement and NGOs in order to leverage influence in jurisdictions where standards may be weaker than that set out in the OECD Guidance,” the LBMA said.

The association wants to continue to improve responsible sourcing standards and business practices. One of the actions announced is a three-year plan focused on improving transparency and the integrity of the industry.

“This plan builds on the successes of the past and looks to create open, constructive dialogue about the outstanding challenges facing the precious metals industry. That includes a focus on improving audit standards. LBMA welcomes the constructive engagement of all stakeholders in this process,” the press release noted.

Bloomberg also reported the LBMA is planning to publish an annual report which will have updates on these issues.

These allegations add to rising concerns over responsibly sourced gold.

The Perth Mint has also kicked off its own independent third-party audit after an order from Western Australian Premier Mark McGowan to review how the Mint oversees its suppliers.