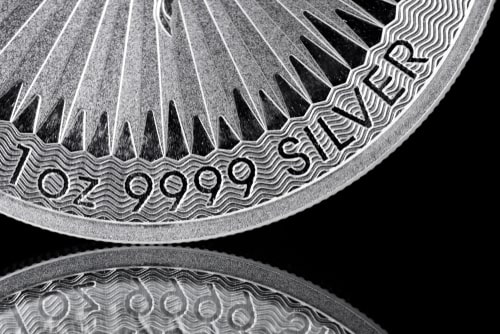 (Kitco News) Silver prices are off to the races, up more than 7% on the day and nearly double from the decade-lows seen in March. A vital tool in silver’s price arsenal going forward is its exposure to the green stimulus, according to BMO Capital Markets.

At the time of writing, September Comex silver was trading at $21.630, up 7.12% on the day on increased safe-haven and industrial demand.

Going forward, a key price rally component will be silver’s exposure to the green stimulus, the analysts pointed out.

“Silver's potential exposure to green stimulus is now an important tool in its armory, and should we see the same velocity of ETF flows evidenced in recent months continue through Q3 as macro asset allocators look to express ways to play a green recovery, both futures prices and silver-linked equities should benefit,” Hamilton and Pearce wrote last week.

Technologies such as 5G and solar panels benefit from fiscal spending, which in turn is boosting silver prices, the analysts explained.

“More than $50bn of green stimulus has been approved by governments thus far this year, over which roughly three-quarters have been in Europe. But perhaps more impactful has been the recent Biden campaign Clean Energy plan, most notably a zero-carbon power grid by 2035 which would see new wind and solar capacity built to displace thermal generation,” Hamilton and Pearce said.

Demand for solar technology is important to keep an eye on with silver playing a vital role as the conductive layer.

“This sector consumed roughly 100Moz of silver in 2019, and even with ongoing thrifting this is set to be a growth area. Even without stimulus, solar has already been gaining market share from fossil fuels, but this process is now likely to be accelerated,” the analysts stated. “We see global solar additions at >500GW over the coming years, and even with further silver thrifting this will result in industrial demand growth.”

Silver’s bullish price trend is finally following in gold’s footsteps, including the action on the ETF front, which could point to further gains.

“Physically-backed ETF holdings of silver are up 35% since the start of the year, equivalent to 210Moz of silver, far and away a record … Were we to see further fund flows into ETFs, this could easily result in upward momentum being maintained,” Hamilton and Pearce wrote.

When looking at specific silver mining companies, BMO notes that not all “are created equal.”

“Given the high amount of volatility in the silver price, we tend to recommend companies with more defensive attributes, but acknowledge the potential for outperformance from more leveraged names should silver continue on its upward trend,” Hamilton and Pearce said.