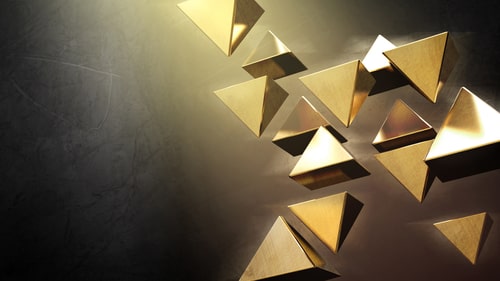 (Kitco News) Gold is on a mission: to reach its all-time high of $1,920. And aside from looking like a very probable outcome for next week, analysts say that there is little to stop the precious metal from rising further and getting close to $2,000 an ounce.

Rising tensions between the U.S. and China, weaker U.S. dollar, falling yields, additional fiscal stimulus and still climbing COVID-19 cases have all been some of the significant drivers behind gold's massive move up this week.

In terms of what's next for gold, the majority of analysts Kitco News spoke to on Friday said that the trend upwards remains intact and more price gains are likely. The main reason behind such bullish outlook is that gold's supportive elects are here to stay … for now.

Hitting higher levels is the outlook for both gold and silver, Gero noted.

The U.S.-China tensions saw another escalation Friday when China retaliated for Houston's consulate closure by ordering the U.S. to close its consulate in the city of Chengdu.

"The U.S. move seriously breached international law, the basic norms of international relations, and the terms of the China-U.S. Consular Convention. It gravely harmed China-U.S. relations," China's foreign ministry said in a statement.

This rise in tensions, along with a weaker U.S. dollar, is creating a very gold-supportive environment for traders.

"The U.S. dollar is pretty much on its knees, political tensions between the U.S. and China are at their highs. And the Middle East is seeing a very bad time right now. Everything is pointing to much higher safe-haven demand," said Afshin Nabavi, senior vice president at precious metals trader MKS SA.

All the additional fiscal stimulus being introduced around the world has been clearing the path higher for gold.

"One of the bigger supportive factors for gold is that we are seeing a lot of monetary and fiscal stimulus. Fiscal spending will require more financing and more monetary support," said SIA Wealth Management chief market strategist Colin Cieszynski.

The attention is now shifting to the U.S., which is likely to announce another fiscal package next week. "U.S. policymakers are also trying to finalize the Phase 4 fiscal stimulus plan to avoid the looming cliff at the end of the month. The Republican's delayed their release of the text until next week - another potential knock to sentiment, as the clock ticks," said TD Securities global head of FX strategy Mark McCormick.

According to analysts, if gold breaches the $1,920 next week, it could set its sights on a more round number like the $2,000 an ounce level.

"We are getting close to the $1,920, which is the all-time high from 2011. If we break that, we should be seeing more buying than profit taking. Unless there is a complete reversal and everything goes back to normal, we continue to head for the $2,000 in gold," said Nabavi.

Cieszynski agreed: "We are getting pretty close to all-time highs. If gold does push through $1,920, the $2,000 level gets within striking distance. Overall, the trend remains positive," he said.

The yellow metal is less than $25 away from the record high, said FXTM market analyst Han Tan, noting that "at this pace, setting a new all-time high seems like a foregone conclusion."

In the current environment gold prices could easily push to $2,000; it's just a matter of when, says Marc Chandler, of Bannockburn Global Forexhttps://t.co/xVjoQTJi2Y@marcmakingsense @neils_C #gold #silver #KitcoNews

Aside from all this bullish sentiment, some analysts are warning of a possible setback in prices as many traders are likely to take substantial profits off the table.

"For next week, I am slightly bearish. I do think because we hit these highs recently, the market is due for a correction. It is a great opportunity for profit-taking. But because the rally has been so strong and so swift, the floor for gold could be as low as $1,800 or below that. We didn't have time to consolidate yet," said Gainesville Coins precious metals expert Everett Millman.

TD Securities commodity strategists are also advising to take profits off the table at $1,890 an ounce.

"While we continue to expect higher gold prices to move into $2,000+ territory and lower real rates in the longer-term, we opt to take profits to protect against near-term adverse shock which, for instance, could drag inflation expectations lower faster than nominal rates, and we will look to tactically add to our gold going forward on any significant consolidation lower," the strategists wrote on Thursday.

The Federal Reserve interest rate decision on Wednesday will be carefully watched by analysts and investors alike. No change in rates is expected.

"The economic outlook remains uncertain, so they are likely to retain a cautious tone and stand willing to do more in the future if required. They may well also signal a change in their forward guidance is coming with a tolerance of overshooting the 2% inflation target - a potential key shift in their strategy from September," said ING chief international economist James Knightley.

Another important release next week will be U.S. Q2 preliminary GDP data, scheduled for Thursday. The market consensus forecast is pricing in to see a decline of 35%.

Other key macro releases next week include the U.S. durable goods on Monday, the CB consumer confidence on Tuesday, the U.S. pending home sales on Wednesday, the U.S. initial jobless claims on Thursday, and the U.S. PCE price index data on Friday.