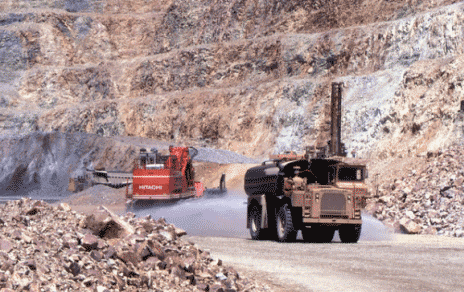 (Kitco News) - Despite operation setbacks due to the COVID-19 pandemic Coeur Mining reported better than expected earnings for the second quarter.

Wednesday, the company reported a net loss from continuing operations of $1.2 million, or $0.01 per share. Market analysts were expecting to see a loss of 4 cents per share.

The Palmarejo mine was shut down for 45 days in the second quarter after the Mexican government initiated strict lockdown measures to stop the spread of the COVID-19 pandemic.

“Like most companies, our second-quarter results were negatively impacted by COVID-19. Most notably at Palmarejo, our strongest performing asset in the first quarter, operations were temporarily suspended due to a decree from the Federal government of Mexico. However, with Palmarejo now back in production, our three U.S. operations hitting their strides and the tailwind of higher gold and silver prices, we are anticipating a strong second half of 2020 and expect to continue this momentum into 2021,” said Mitchell Krebs, president and chief executive 0fficer at Coeur.

Although COVID-19 government lockdowns impacted the Coeur’s Mexican operations, the company said that it saw strong production at its other mines.