'Gold is climbing a wall of worries': As $2,000 gold price approaches, there might be buying opportunities, say analysts 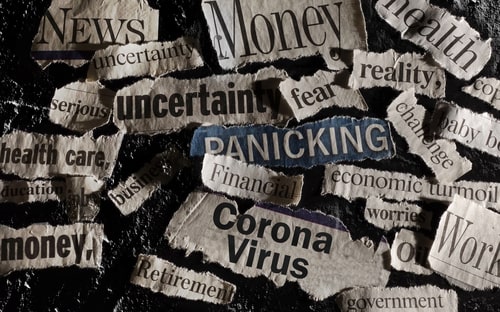 (Kitco News) As gold continues its race upwards and prices approach the $2,000 an ounce mark, analysts say that there might be opportunities to buy next week as the precious metal sees some consolidation.

There is a lot on the radar next week, but nothing, aside from a shift in sentiment, could stop the bullish trend in gold at this point, according to analysts.

“As I look across the landscape, there is not much that could take gold down significantly. Only if trader sentiment changes strongly,” said Gainesville Coins precious metals expert Everett Millman. “My normal inclination when we hit new highs is always to stress caution and focus on chances that we pull back and have some consolidation.”

As the U.S. gets closer to the presidential elections in November, markets will see more volatility.

“There is a part of me that feels confident that we will continue to climb this wall of worry with the metals, especially with gold, and prices will move higher,” said RJO Futures senior commodities broker Daniel Pavilonis. “Whether you like Trump or not, the market likes him. Joe Biden’s win will likely see the market sell off pretty hard.”

Gold is currently following a risk-on environment as it coincides with weaker U.S. dollar, which has triggered the gold’s move to new record highs this week.

“The amount of money being pumped into the economy is unprecedented. We do it on the daily basis,” Pavilonis stated. “It is strange that we see people on the streets questioning why they have to pay taxes if you can just print more money. Gold is a safe haven in this circumstance.”

Analysts are expecting to see some sort of consolidation or a price pullback in gold next week. Views on how far down prices can go differ.

“Because we have gained so much so quickly, I do think that consolidation could bring us back below $1,900. We seemed to have formed pretty strong support line around $1,940, but we hadn’t had much time to test those levels,” Millman said.

The $1,890 level was also highlighted as a possibility in the short-term. “What we’ve seen this morning is yields drop a bit and gold responding. But as the 10-year and 30-year yields moved higher, what we’ve noticed is gold started to drop. The trade is a little crowded and we could still consolidate lower in around $1,890,” said TD Securities head of global strategy Bart Melek.

“We will take a pause next week, but the rally is not done. We could briefly fall below $1,900 or possibly even go into the $1,800 handle. Ultimately that would be more of a buying opportunity,” he said.

We could also see a bit of a rebound in the U.S. dollar next week as yields might not drop much below their current levels, added Melek.

“Drop in the U.S. dollar was driven by a decline in yields. We’ll probably see a bit of a pause in inflationary expectations as well. The U.S. economy is not going to be surging. We will have a big unemployment problem, so there is no reason to see inflation moving higher in the short-term. We could be in a disinflationary scenario for the next 6-9 months,” Melek said.

There was little progress on the U.S. coronavirus relief deal between Republicans and Democrats this week, so markets will be eyeing the negotiations carefully as the enhanced federal unemployment benefit is set to expire Friday.

“For gold, it will depend on how much stimulus is passed. If they start to wind down the stimulus, then there is a real possibility that gold softens a bit. If they ramp it up and continue to print up money, then gold should move higher,” said Pavilonis.

There are a few key datasets to pay attention to next week. The most important day is likely to be Friday with the U.S. non-farm payrolls taking center stage.

Market expectations look for the U.S. economy to create 1.4 million new jobs in July and for the unemployment rate to drop to 10.7%.

“The U.S. economy lost 22 million jobs between February and April as lockdowns forced businesses to close and lay off workers while the reopening through May and June has allowed nearly 8 million of those jobs come back. Nonetheless, there is still a mighty jobs deficit and with the renewed spike in cases leading many states to reverse course and reintroduce Covid-19 containment measures, we are seeing rising joblessness once again,” said ING chief international economist James Knightley.

Knightley added that the July payrolls number will not reflect the job losses people might have seen towards the end of the month due to new shutdown measures.

The Bank of England (BoE) will also be making its interest rate announcement on Thursday but no significant changes are expected.