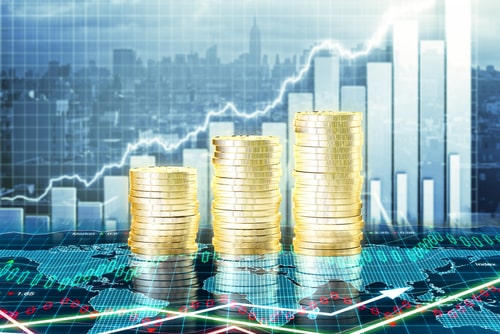 (Kitco News) After the bullish momentum in gold took prices above $2,000 an ounce, the rally could have another $200 to go before seeing a slowdown, according to analysts.

“There is a lot of momentum here. Maybe some short covering after we eliminated shorts the other day,” Melek told Kitco News on Tuesday. “The 10-year yields are the lowest ever at 0.5% and we've got 30-year yields at 1.1888. These are pretty significant lows here.”

Gold got a leg up along with silver and crude oil on the news of an explosion in Beirut, which triggered the fear of missing out, said Blue Line Futures chief market strategist Phil Streible.

“We saw silver, gold ,and crude oil take off on news of that explosion in Beirut. And then when they came out, when it came out that it turned out to be like a firework storage place next to like a nitrate factory, we saw silver futures fall 50 cents, gold fell $9. On that pullback, some of the guys that were afraid to miss out on gold’s price action wanted to get in and buy at all costs,” Streible said.

Anytime new highs are probed, the market gets two types of traders —  “a guy who gets stopped out, who is short … and a guy who is afraid of missing out,” Streible pointed out.

“That’s what we are seeing now — fear of missing out and new stops being hit,” he said.

There is also a growing view out there that the Federal Reserve may move away from preemptive inflation targeting, stated Melek. “Typically they would guide. Sounds like they possibly could be moving away from that.”

Tuesday’s move up also comes after a slight correction on Monday, added Melek, noting that gold could be looking at $2,100 next.

The bull market looks healthy even above $2,000 an ounce, said Streible.

“All the technicals line up really good. As long as the lower real yields occur and the dollar continues to weaken, you’re going to continue to see gold bank all the time highs,” Streible told Kitco News. “It’s a pretty healthy bull market right now. The ADX, which measures the strength of the trend, is at 44, which says that it's a healthy, upward trending market.”

Gold tends to shoot for round numbers and $2,200 could be next for gold, added Streible.

“It seems like the more people talk about round numbers, the more they become like a self-fulfilling prophecy. Once it got to $1,921, we had to go to $2,000,” he said. “The $2,200 is the next resistance level based on the breakout at $1,857 to our most recent consolidation. That would be the Fibonacci extension.”

Streible also warned that, at the same time, this could be the high in gold if news of a successful vaccine rollout hit the market.