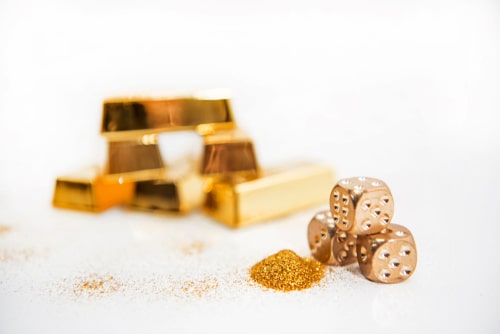 (Kitco News) Gold is more popular than ever this year as investors flock to its safe-haven qualities, taking the precious metal to unprecedented new levels this summer, said RBC Capital Markets in its latest report.

“Gold has settled at its highest levels ever, and the message is clear: gold positioning indicates that investors’ attitudes toward the metal have changed amid the public health crisis, economic turbulence, and extremely easy monetary policy actions,” RBC’s commodity strategists wrote.

The latest move above $2,000 an ounce was supported by weaker U.S. dollar and somewhat disappointing economic numbers out of the U.S., the report stated.

“With gold prices rocketing to all-time highs, gold’s outright price gains have made it a star asset in 2020,” the strategists wrote. “On the back of this, we have moved our previous middle/base case to our low scenario, moved our previous high scenario to the middle/base, and launched a new high scenario where gold crosses the $3,000/oz level assuming the current situation deteriorates materially.”

For gold to cross into the $3,000 territory, the market could have to see deteriorating economic conditions, the report noted.

“Factors that would trigger another wave of large gains could coincide with further unprecedented monetary stimulus, possible asset bubbles, and perhaps difficult to control inflation. This is where we would put ‘expect the unexpected’ and tail risks coming true,” the strategists said. “Steps to get there and early warning signs to watch out for would include ever more aggressive fiscal and monetary policy moves, another and more exaggerated spike in infection rates, and an unexpected geopolitical event sparking a new widespread economic concern.”

The report classified this high scenario as having a 40% probability.

The base scenario, however, projects for gold to make some gains above $2,000 an ounce before retreating back with resistance at new highs proving to be too much for the yellow metal. This more downbeat option for gold has a 50% probability, according to the report.

“[In this scenario,] the themes that have pushed gold to current levels largely persist, but gains beyond that may prove hard-fought absent a deeper than expected economic deterioration from current levels. These gains may seem quaint, but we think a fresh catalyst is needed for yet another record,” the strategists noted.

RBC’s low scenario is tied to a quick resolution to the pandemic, which is very unlikely at this point. The report pointed out that there is only a 10% probability of this to happen while keeping this scenario on the back burner.

“Traction around bullish COVID-19 vaccine news and real progress in defeating the pandemic can and likely would cap gold and drive pullbacks, though it will require real improvements to really take the uncertainty that has pushed interest in gold to record levels off the table,” the strategists said.

In the meantime, RBC pointed out that it expects gold to continue making gains as there is little to stop the yellow metal from rallying.

“Love it or hate it, gold seems like a freight train as investors have gone [perceived safe] haven hunting. Gold prices have been on a winning streak not seen in years, if ever, having set discrete nominal records in essentially all of the currencies that are relevant to gold (RMB, INR, AUD, CAD, EUR) and now even USD,” the strategists said. “In an environment driven by economic uncertainty, low and negative rates, etc., gold is shining for a reason and should continue to do so for the foreseeable future, in our view.”