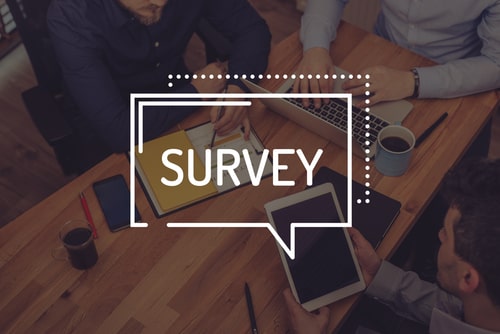 (Kitco News) The overall sentiment in the gold space remains very bullish, but bearish calls are gaining popularity as the precious metal could be looking at an overdue correction next week.

Despite the overall trend upwards, corrections here and there and not ruled out, according to the analysts. In fact, corrections are a very healthy sign for gold market right now as they allow time for consolidation and new buying opportunities.

"Although the underlying fundamental drivers for gold remain positive, technically gold has been rising on falling volumes, and it is extremely over-bought on the RSI indicator. Gold may be due for some short-term backing and filling that could potentially include a retest of the $2,000 round number or the $1,925 breakout point,” said SIA Wealth Management chief market strategist Colin Cieszynski.

The latest weekly gold survey results revealed that the Wall Street analysts are split between bullish and bearish sentiments. From a total of 17 Wall Street professionals taking part in the poll, seven, or 41%, called for gold prices to rise; another seven, or 41%, estimated lower prices; and the last three, or 18%, were projecting neutral price action.

Looking at the retail side, investors remained very bullish on gold with the survey participation rate reaching the highest level in nearly three years. A total of 2,430 votes were cast in an online Main Street poll. Of these, 1,670 respondents, or 69%, looked for gold to rise in the next week; another 433, or 18%, expected lower prices, and the other 327 voters, or 13%, were neutral.

“The U.S. stimulus talks have bogged down and we are at extremes in precious metals prices. Now is the time to take a bit off the table. The underlying fundamentals picture is as strong as ever for gold but there will be better levels,” said Forexlive.com chief currency strategist Adam Button.

Both Wall Street and Main Street were right in their predictions last time around, as they called for higher prices for the current trading week. As of 12 p.m. EDT, Friday, Comex December gold futures last traded at $2,038.70 an ounce, up 2.3% compared to the previous week. This gain was registered despite a more than 1% pullback in prices on Friday.

“Gold has retreated some after this morning's July jobs report added more jobs than expected but also suggested the pace of recovery has stalled. I believe conditions are such that the lustrous metal will be re-energized next week to take on the $2,100-level with silver taking another shot at $30 per ounce,” said Eureka Miner Report editor Richard Baker.

"There remains plenty of domestic and geo-political uncertainty: U.S. elections, a stalled recovery package in Congress, an out-of-control virus in the U.S. that dampens economic recovery, the potential for civil unrest and rapidly escalating U.S./China tensions (now exacerbated by bans on TikTok and WeChat) continue to be concerns causing investors to seek safe-havens,” Baker said.

Also, the U.S. real rates are turning more negative, which is a great long-term boost for gold.

“The 5-year real rate is below -1.3% this week with the 10-year at -1.1%. Global yields are also in decline, another bullish indication for gold,” Baker noted.

Any price pullbacks in the yellow metal next week will not mean an end of the bull rally, said Kitco’s senior market analyst Jim Wyckoff. “Charts still bullish and more upside in prices very likely, but market is due for a normal and healthy corrective pullback in an existing uptrend,” he said.

Also, price drops are projected to be shallow next week as there are a lot of investors waiting on the sidelines to jump into the rallying market.

“A lot of people are waiting to buy on a correction in gold,” said Blue Line Futures chief market strategist Phillip Streible. “A pullback does not change the fact that the Fed is going to come up with another stimulus and give gold a way up.”

The best way to tell if the market is strong is by selling it, said Phoenix Futures and Options LLC president Kevin Grady.

"We are seeing buyers coming out of the woodwork on these pullbacks … and we are getting higher lows, which is a sign of an accelerated rally. A lot of people are just sitting and waiting,” Grady said. “Monetary policy will keep interest rates near zero for the next few years, massive stimulus packages is coming out of the U.S. and globally, which is devaluing the U.S. dollar. This monetary policy is what is driving gold.”

On the downside, Grady warned to watch the $2,025 level, noting that if gold falls below it, there could be more selling ahead.