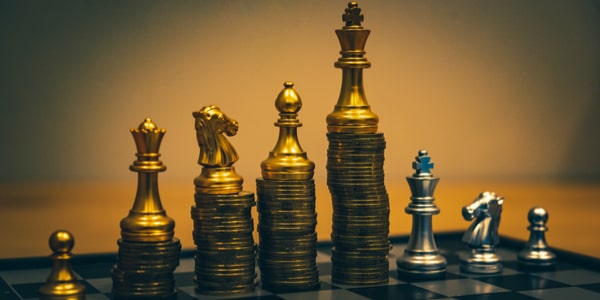 (Kitco News) Gold price pullbacks or not, gold will continue to make new highs, eventually heading to $2,100 and higher, according to analysts. The levels being eyed range from $2,100 all the way to $3,000 for this year.

Very robust investor interest in the precious metals is keeping the rally alive, while the macro drivers are all intact to keep the upward price momentum going, the analysts said.

“It is healthy for the market to retrace and let a bit of air out of the balloon,” said LaSalle Futures Group senior market strategist Charlie Nedoss.

Gold is viewed as the surest bet to keep inflation at bay as central banks continue to print money to support economies across the globe.

“Major central banks are working to maintain stability by delivering economic stimulus and support. That means there is a lot of liquidity which is looking for a home. Gold is one, equities is the other. The other element is the low real interest rates, which takes away the argument that gold doesn’t pay any yields because there isn’t any yield to be found in government  bonds,” said StoneX analyst Rhona O’Connell.

It is important to keep in mind that gold prices went up very quickly without a proper price pullback. “Just think about this — the $1,937.70 an ounce level is how far back the 20-day moving average is,” Nedoss said. Gold could easily test its 10-day moving average of $2,011 before going back up, he noted.

However, all the price pullbacks are expected to be bought because of the sheer volume of investors sitting on the sidelines and waiting to get into the gold market at a good price.

“We are seeing buyers coming out of the woodwork on these pullbacks … and we are getting higher lows, which is a sign of an accelerated rally. A lot of people are just sitting and waiting,” Grady said. “Monetary policy will keep interest rates near zero for the next few years, massive stimulus packages is coming out of the U.S. and globally, which is devaluing the U.S. dollar. This monetary policy is what is driving gold.”

On the downside, Grady warned to watch the $2,025 level, noting that if gold falls below it, there could be more selling ahead.

“One of the reasons why the metals are going up is due to the printing up of money. It pushed the real yields into the negative territory down the road. Investors are looking at precious metals as a piece of a longer-term puzzle. As interest rate go lower or negative, investors have money in the bank that will be essentially taxed as they’d have to pay interest on it. What’s the another alternative? This is why people are buying gold, taking delivery of gold bars, and buying futures,” Pavilonis said.

By year-end, Pavilonis is looking for gold to be close to $3,000 an ounce.

Gold’s tailwinds are all still there and the upwards trend has not changed after breaching the $2,000 an ounce level, noted O’Connell.

“Gold did poke its nose above upper end of the uptrend channel happening in gold since March but not by much,” O’Connell said. “A correction is coming but as long as we have uncertainty about the virus, nobody can say we’ll have this all sorted in the next six months. This time around we have the forces of nature to deal with.”

The reason why analysts are highlighting the $2,100 an ounce is because it is where the 2011 record high of $1,921 an ounce would be if adjusted for inflation.

The $2,400 is also an interesting target to take a look at, said Gainesville Coins precious metals expert Everett Millman.

However, as of right now, “the air is pretty thin up there,” he added.

What investors should be paying close attention next week is the fiscal stimulus negotiations in Washington. The passage of another major stimulus package would likely mean more money printing, weaker U.S. dollar, and higher gold.

Stimulus talks, however, have not been making any progress. Treasury Secretary Steven Mnuchin stated that the White House and Democratic leaders remain "very, very far apart on significant issues."

U.S. President Donald Trump said that he might be getting involved if no agreement is reached by signing an executive order to extend enhanced unemployment benefits and impose a payroll tax.

Another major driver for gold next week will be rising tensions between the U.S.-China, especially after Trump signed a pair of executive orders that prohibit U.S. residents from doing business with China’s TikTok and WeChat apps. The orders will come into effect in 45 days.

It will be another busy data week. Some of the release to keep a close eye on include, the U.S. PPI on Tuesday, the U.S. CPI on Wednesday, the U.S. jobless claims on Thursday, as well as the U.S. retail sales and industrial production data on Friday.

Next week’s numbers are all for July, which means that they will continue to show the U.S. economy recovering. However, once the markets will start getting a peak at the August data, cracks may start to show, said ING chief international economist James Knightley.

“This coming week’s data is for July and the story should remain fairly positive with industrial production and retail sales continuing to recover from the lockdown measures,” wrote Knightley. “The combination of weaker confidence, a tougher jobs market and a squeeze on household income means that the outlook for August and September activity data isn't great.”