'Last great buying opportunity': Gold price can dip below $1,700 this year before resuming its path towards $15K - Goehring & Rozencwajg Associates 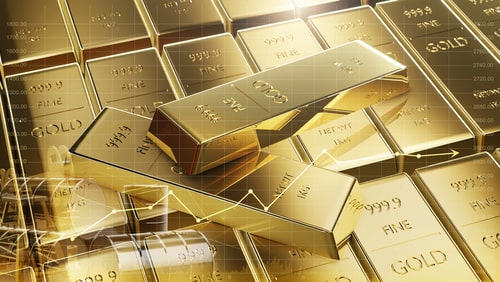 (Kitco News) After taking a major step back from its massive summer rally with a temporary drop below $1,900 an ounce on Tuesday, gold attempted to recover. But the price pullback might not be over, according to Goehring & Rozencwajg Associates managing partner Leigh Goehring, who is not ruling out seeing $1,500-$1,700 levels this year.

A corrective pullback was widely expected as gold prices rose incredibly fast in a very short period of time. The precious metal managed to breach its 2011-high of $1,920 an ounce, rise above $2,000 and make new record highs above $2,050 an ounce all in under three weeks.

The price correction seems to have some weight behind it and gold could retreat as far as $1,700 or even $1,500 this year before reversing and hitting new record highs above $2,000 an ounce.

Perspective is everything when it comes to price drops, Goehring told Kitco News on Tuesday, noting that this pullback in particular might represent “the last great buying opportunity.”

“Prices could continue to see a pullback because of quickly receding fears of the COVID-19 pandemic. It is not uncommon for bull market moves like this. This bull market started at $1,050 and got as high as $2,050. To give back 50% of it, you would have to pull all the way back to anywhere between $1,500 to $1,700 in gold and below $20 in silver,” Goehring said.

This massive price drop could strike any time this year or at the beginning of 2021, stated the managing partner. “From then on, the gold bull market goes crazy,” Goehring said.

Gold is currently on the second leg of its bull market, Goehring described. “The gold bull market started all the way back in 1999-2001, when gold was $250. Gold then peaked at $1,920 in 2011, after which it pulled back by 45%, before climbing up and hitting new record highs this year.”

And as economy begins to strengthen this year and more people return to work, the gold buyers who bought based on COVID-19 fears will become sellers.

“The gold price is going to be lower at the end of the year than it is today … This would be a tremendous buying opportunity because I'm a firm believer that the next leg is going to be driven not by COVID-19 fears but by inflationary problems,” Goehring said. “So, wait for the next several months, use any weakness you see in this pullback to accumulate.”

In terms of how high the next rally will take us? Goehring projects for gold to climb as high as $15,000 an ounce by the end of this decade.

“Based on our research, gold often trades at a certain relative size to the Federal Reserve’s balance sheet. Using this type of analysis — the amount of gold outstanding, specifically how much gold the U.S. government holds, relative to the size of Federal Reserve’s balance sheet, you can get anywhere between $10,000-$20,000,” Goehring explained. “Our target is between $10,000-$15,000. That will happen at the end part of this coming decade — 2027-28.”

One of the major drivers to take gold there will be inflation, according to Goehring.

“The gold market is giving us a warning that the deflationary environment that we’ve been experiencing for 40 years is coming to a close and a new era, which is going to include inflation, is coming upon us,” Goehring noted.

This summer’s gold rally is sending a clear message to investors: the financial landscape is changing and inflation, along with currency debasement, will now be part of the picture.

“What's going to happen with inflation is that it's going to be driven by black swan events. It might be the dollar weakening or it will start with commodity inflation. It could come out of nowhere and set off an inflationary problem that will be very difficult to get in control,” Goehring warned.

The managing partner drew an interesting comparison between the 1970s and today. “Through the late 1960s and early 1970s, because of the Vietnam war and huge government spending, a lot of credit was created. It was like laying tinder on the forest floor, just waiting for spark to catch fire. And we've done the same thing today with massive expansions of both monetary and fiscal policies. There’s a huge amount of tinder on the floor and all it needs is a spark and it is going to catch fire just like it did in the 1970s,” he said.

And the more money the U.S. and other governments print, the harder it will be to rollover the debt, especially if inflation starts to accelerate.

With all of this in mind, gold will be viewed as a solution by most investors. “If you think about it, almost every financial asset is somebody else's liability, including all the bonds that are outstanding. And gold will be perceived as a financial asset that is no one else’s liability. And that itself will be another huge driver of this global market,” Goehring pointed out.

In the next several years, Goehring sees the next leg of the bull market really taking shape. “[There will be a] huge amount of speculative and hyper-speculative interest,” Goehring said.

Western investors will be playing a key role this time around as well after largely missing prior to this. “The first leg of the gold bull market was driven almost exclusively by Eastern investors. The Chinese investor and the Indian investor were the ones who realized that gold as an asset class was incredibly cheap … From 2000 to 2008, most Western hedge funds were short gold because the central banks were selling. That kept the Western investor out,” Goehring explained. “This leg of the bull market, we had no central bank selling and in fact central banks were buyers. And big Western investment advisors are now advising people to buy gold.”