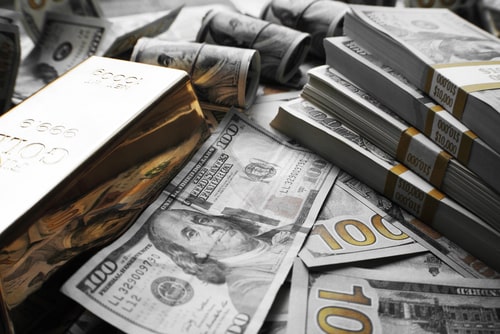 (Kitco News) Gold found new support above $1,930 an ounce on Thursday as the U.S. dollar weakened after stimulus negotiations saw no progress.

Despite a major price correction of about $200 this week, overall fundamentals remain supportive for gold, including negative U.S. real rates as well as monetary and fiscal stimulus.

Weaker U.S. dollar index is helping gold climb the $1,900 ladder again. The DXY was last at 92.94 after rising to nearly 94 on Wednesday.

“The DXY fell following three consecutive daily advances, as Treasury Secretary Mnuchin cast doubts over a compromise between Senate Republicans and House Democrats to agree on the size of a fresh stimulus package,” the analysts at SP Angel said. “The dollar has risen from the two-year lows seen last week, with the dollar's value languishing as a result of the U.S. struggling to control the coronavirus pandemic compared to other economies.”

The U.S. stimulus stalemate continues this week as President Donald Trump accused Democrats of not wanting to negotiate on Wednesday while Democrats and Republicans blamed each other for the five-day break in talks.

“Latest evidence suggests investors may turn a blind eye to the matter, and the balance of risks remains tilted to the downside for the dollar today as well,” ING FX strategist Francesco Pesole said in a note.

Going forward, gold will see strong support at $1,875 an ounce, SP Angel said while pointing to the second COVID-19 wave as being the biggest risk.

“We hope and estimate the Coronavirus pandemic will largely burn itself out in the six months as T-Cell resistance helps to build herd immunity,” the analysts wrote. “There is always potential for a second wave of an altered Coronavirus to cause further lockdowns which elevates risk which is why we see ongoing support for gold at around US$1,875/oz.”

Commerzbank is continuing to warn investors against convincing themselves that the price pullback is over.

“The sell-off on Tuesday was too pronounced for this to happen. Following their historic slump in April 2013, prices also embarked initially on a countermovement that took them close to their pre-crash levels before they plunged once again and posted new lows at the end of June,” Commerzbank analyst Carsten Fritsch said.

However, the downturn is projected to be not as long as back in 2013, Fritsch added, touting a very supporting environment for gold.

“As can be seen from the stock markets, prices these days tend to recover from slumps much more quickly than in the past thanks to the massive injections of liquidity by central banks. Gold and silver should also have recouped their losses in the not-too-distant future and begin posting new highs,” he noted.