Gold price is gearing up: Here's the direction analysts are looking at 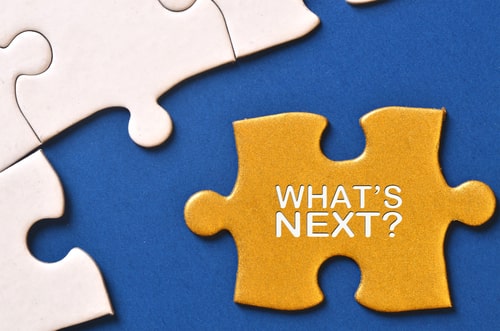 (Kitco News) After shedding nearly $200 this week and consolidating around $1,950 an ounce, gold is looking to resume its rally, but how far can prices really go?

Gold's steepest daily correction in seven years was healthy for the market, according to analysts, who were highly anticipating it to happen.

“To lose $120 in a single session is some dramatic price action. But it was very healthy for gold to pull back down closer to $1,900. There is good support on the low end, which sets us up for more steady gains going forward into September and the fourth quarter,” Gainesville Coins precious metals expert Everett Millman told Kitco News on Friday.

“We’ve already seen decent-sized bounce. Next week, we’ll begin to see some volatility and ultimately move higher. Don’t think the rally is done,” Pavilonis noted. “If you are on a big bullish momentum move, you will see pretty big selloffs followed by bounces up. It is good that we sold off quickly and support held — it is a test to how strong the trend really is. We can go higher now.”

The two biggest unknowns for next week is the U.S. fiscal package, which is still nowhere close to being passed, and the U.S.-China trade talks, which are restarting and could trigger some major volatility.

The U.S. President Donald Trump continued to blame the Democrats for holding up the coronavirus fiscal stimulus package. This comes a week after talks failed with congressional Democrats. The Republican-controlled Senate and Democratic-controlled House of Representatives are now back in an informal recess but party members can be recalled if a deal emerges.

“Stimulus package is a concerning item. Reality is that the Senate won’t convene for some time and it might be awhile before it gets through. For the moment that is a negative factor for market sentiment and negative for gold,” said TD Securities commodity strategists Daniel Ghali.

Once the deal is reached, it will end up being negative for the U.S. dollar and positive for gold, Blue Line Futures chief market strategist Phillip Streible stated.

“The U.S. dollar would take a whole leg lower if they approved the Democratic versions of the aid package. Meanwhile, the Republican version would see the U.S. dollar grind slowly lower,” Streible said. “If we can get some kind of deal, we should see inflation expectations rise.”

The U.S.-China trade talks are key for next week as traders are waiting to see some headlines before making a move, said RBC Wealth Management managing director George Gero.

However, on Friday Reuters reported that the U.S.-China trade deal review meeting has been delayed due to scheduling issues. The meeting was originally set for Saturday.

“Should either [the U.S. fiscal talks or the U.S.-China trade talks] take a negative turn, traders may upend attempts to register new record equity highs, while paving the way for gold to rebound back above the $2000 mark,” said FXTM market analyst Han Tan.

Treasury yields and the U.S. dollar

Two major triggers for gold will continue to be the U.S. Treasury yields and the U.S. dollar. This week, the strength of both contributed to gold’s move down.

The biggest change this week has been nominal and real rates starting to rise, said Ghali.

“The environment that previously drove gold higher is now subsiding, but the buyers keep on buying the dips,” stated Ghali, cautioning that the price pullback might not be over. “The $1,850 level is where gold starts to get attractive again.”

Another big item on the agenda next week is the Federal Reserve’s meeting minutes from July, which will be published on Wednesday. Investors will be paying close attention to any comments on yield curve control (YCC).

“Any hint at inflation targeting and YCC in the FOMC minutes next week should be USD negative,” ING strategists said. “Minutes of the July FOMC meeting are released on Wednesday and any suggestion of impending Average Inflation Targeting (AIT) or Yield Curve Control (YCC) would be a dollar negative. On balance we would prefer to back the latter story next week, meaning that the DXY could make a new low.”

Also, the meeting notes might reveal some discussion around the central bank’s review of monetary policy strategy.

Another major price pullback is unlikely next week, said Afshin Nabavi, vice president at precious metals trader MKS SA. “Psychologically, $1,900 and $1,925 is good support. On the upside, $2,000 is resistance.”

The risks on the downside and upside are both symmetrical, said Millman. “I wouldn’t be shocked if we fell below $1,900 next week. Also, it wouldn’t take much to get to $2,000.”

Streible said he is looking at $1,900 and $1,874 for support with lots of potential new buyers coming in once gold climbs back up above $2,000 an ounce. “People would be much more conformable at re-entering the market north of $2,000 on the fear of missing out,” he noted.

Aside from the FOMC meeting minutes on Wednesday, lots of U.S. housing data will be on the radar.

On Tuesday, markets will be watching building permits and housing starts numbers. Thursday will see jobless claims and Philly Fed manufacturing data published. And on Friday, existing home sales and manufacturing PMI will be released.

“For the upcoming week, it is all about housing data, which should look good. We know mortgage applications are strong thanks to low mortgage rates with anecdotal evidence suggesting demand is led by older buyers looking for a second or vacation home. This story has been in play for around four months now and should help fuel transactions, which in turn has historically been well correlated with consumer spending on related sectors such as furniture, home furnishings, garden equipment and building supplies,” said ING chief international economist James Knightley.