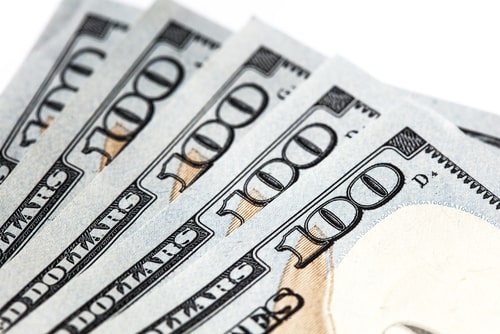 (Kitco News) The Federal Reserve's response to the COVID-19 pandemic could be pushing the world to a brink of another global financial crisis, said China's top banking regulator.

“In an international monetary system dominated by the U.S. dollar, the unprecedented, unlimited quantitative easing policy of the U.S. actually consumes the creditworthiness of the dollar and erodes the foundation of global financial stability,” Bloomberg cited Guo as writing on Sunday. “The world may once again be pushed to the verge of a global financial crisis.”

U.S.-China tensions continue to escalate as the highly anticipated trade talks scheduled for the weekend were postponed.

Tensions have been running high this summer as the Trump administration banned Chinese owned video app TikTok, closed Beijing’s consulate in Houston, and sanctioned both companies and individuals linked to security crackdowns in Hong Kong. Beijing responded by closing the U.S. consulate in Chengdu and sanctioning some members of Congress.

For gold, this is all likely to be good news, especially if there is a further escalation, said FXTM market analyst Han Tan.

“Should [the U.S.-China trade talks] take a negative turn, traders may upend attempts to register new record equity highs, while paving the way for gold to rebound back above the $2,000 mark,” said Tan on Friday.

China’s top bank regulator also spoke about the nation’s own financial system, stating that “after the Black Swan of the pandemic, its asset quality will inevitably deteriorate.”

Chinese earnings of more than 1,000 commercial banks saw the biggest drop in a decade in Q2, while bad loans were at the highest level in more than a decade, up at 2.7 trillion yuan ($389 billion) at the end of June, Bloomberg reported.

More debt is projected to be accumulated going forward as people take advantage of easy access to credit, Guo wrote, adding that expectations of lower rates could trigger new asset bubbles amid speculation and leverage trades.