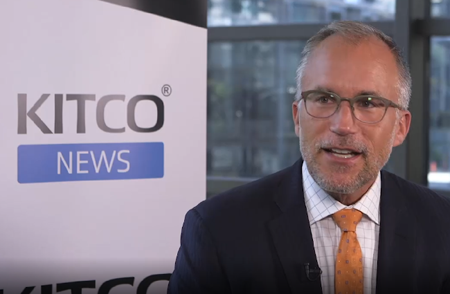 (Kitco News) - If you are buying gold because Warren Buffett’s Berkshire Hathaway bought more than $500 million in shares in Barrick Gold then you are late to the party, according to Brian Belski, chief investment strategist at BMO Capital Markets.

Monday, in an interview with BNN Bloomberg, Belski said that the Canadian bank is turning neutral on gold and warned investors not to chase the market.

The comments come as gold prices recoup last week’s sharp losses and push to test resistance at $2,000 an ounce. Belski said that they are now neutral on gold as it is due for a consolidation after recently hitting all-time highs.

“I don’t think it’s a sell here,” he said. “I just think it’s something you don’t want to chase after it has gone up so much,” he said.

Belski warned that fundamentally, the gold price and the mining sector could be overstretched. He noted that gold equities now represent about 12% of the Toronto Stock Exchange (TSX) and their weighting on the exchange is near an all-time high. He also said that earnings expectations for mining companies have “almost never been better.”

“I would say maintain a neutral positions in gold,” he said.

But it’s not just gold; Belski said that he is also neutral on silver as the price has played significant catch up with gold. The gold/silver ratio has dropped sharply in the last two months, currently trading around 71 points. In March the ratio hit an all-time high of more than 124 points as investors flooded into gold as a safe-haven asset.

September silver futures last traded at $27.68 an ounce, relatively unchanged on the day.

Long-term, Belski said that he likes silver as industrial demand picks up post COVID-19 pandemic; however, in the short-term he said that wouldn’t chase the precious metal as it plays catch up with gold.

“From silver’s perspective we still see demand and long-term it will be an important commodity,” he said but right now it’s playing the catchup trade.”