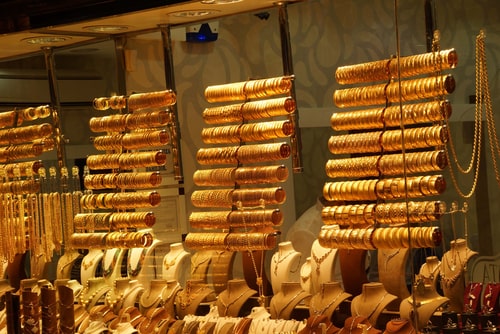 Local holdings of hard assets, such as gold and U.S. dollars, jumped by $15 billion in the last three weeks, rising to a record level of nearly $220 billion, Reuters reported last week.

“Hasan Ayhan followed his wife’s instructions … and took their savings to buy gold at Istanbul’s Grand Bazaar as Turks scooped up bullion worth $7 billion in a just a fortnight,” the Reuters article said.

The safety that gold and the U.S. dollar offer has always been attractive to Turks, who reportedly hold as much as 5,000 tons “under mattresses,” said Istanbul gold shops association deputy head Mehmet Ali Yildirimturk.

And now, with a coronavirus-related economic slowdown and major currency debasement concerns, the surge towards gold and the U.S. dollar is quickly accelerating. In 2018, Turkey saw a major currency crisis, with the lira losing 30% of its value virtually overnight.

The main fear now is for the lira to continue to hit new record lows. At the time of writing, the lira was trading as low as 7.38 per U.S. dollar. So far this year, the lira lost nearly 20% of its value.

“I think it is the best investment right now, so I converted my dollars to buy gold,” Reuters quoted Ayhan as saying. “I might withdraw my lira and buy gold with it too, but I am scared to go to the bank right now because of coronavirus.”

Turkish citizens are even thinking about selling their homes and cars to raise cash to buy gold.

“I’ve been chatting with hundreds of people who are thinking about selling their cars or houses to invest in gold,” Gunay Gunes, who runs a booth at the Istanbul’s Grand Bazaar, told Reuters.

This rush to gold also created a cash squeeze with U.S. dollars, which are used to settle gold purchases, in short supply. This resulted in one of the most significant gaps between the cost of physical dollar bills and the official exchange rate, Bloomberg reported last week.

“As a result, U.S. currency bills in this market have been trading at the biggest premium relative to the official exchange rate since at least 2002 over the past month, according to local data provider Matriks Bilgi Dagitim Hizmetleri and Bloomberg calculations,” Bloomberg stated.