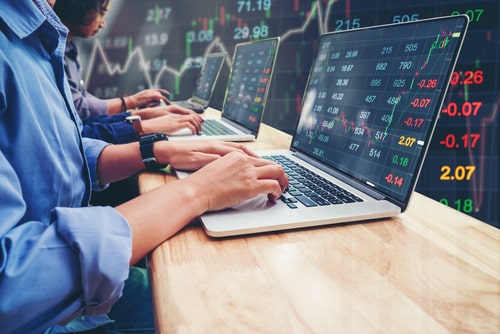 (Kitco News) Bank of Nova Scotia has agreed to pay $127.5 million in fines to settle charges of metals market manipulation.

The fines are for failing to detect and stop some traders from making fake trades specifically designed to manipulate prices.

The settlement agreement was reached with the U.S. Department of Justice and the Commodity Futures Trading Commission (CFTC). Going forward, the bank will also have to retain an independent compliance monitor.

“These record-setting penalties reflect not only our commitment to being tough on those who break the rules, but also the tremendous strides the agency has made in data analytics. Our ability to go through the electronic order book and look across markets has enabled the CFTC to not only spot misconduct, but also to uncover false and misleading statements,” said CFTC Chairman Heath Tarbert.

The charges laid against Scotiabank stem from a criminal investigation into Scotia’s metals trading division.

“Enforcement action [arose] from manipulative and deceptive conduct that spanned more than eight years and involved thousands of occasions of attempted manipulation and spoofing in gold and silver futures contracts,” CFTC said in a press release.

It is said that four Scotiabank traders placed orders to buy and sell precious metals contracts with the intent to cancel those orders. This was done in an attempt to manipulate prices in the precious metals space. According to the U.S. Department of Justice, the traders in question were based out of New York, London and Hong Kong.

These activities are referred to as “spoofing” because they can manipulate prices and lead to a false sense of market perception.

Scotiabank has also agreed to continue its cooperation with the Department of Justice on any ongoing investigations.

“At Scotiabank, we understand that in order to maintain the trust of our stakeholders, we must adhere to trading-related regulatory requirements and compliance policies,” the bank said in a statement Wednesday. “We are committed to adhering to these standards.”

The settlement comes two years after Scotiabank was already sanctioned for metals spoofing.

“BNS [Bank of Nova Scotia] was originally penalized $800,000 in 2018 for spoofing in the gold and silver futures markets, but multiple statements the company made to CFTC staff during the course of that investigation—on which the CFTC predicated its findings and sanctions—were later proven to be false,” CFTC said on Wednesday.

Earlier this year, Scotiabank announced plans to wind down its metals trading division, putting aside $232 million to cover all the related costs, including potential fines and penalties.