Should you be buying dips in gold price, silver price? 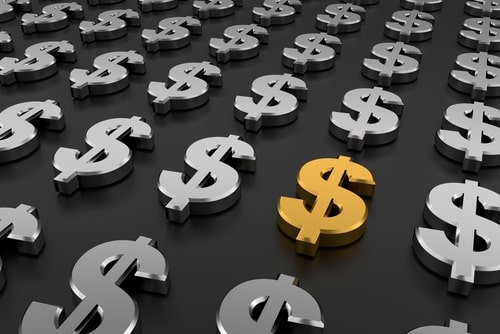 (Kitco News) The U.S. dollar rally has been stealing the attention from gold and silver, making the recovery in precious metals prices more difficult, according to analysts. But can this dollar rally be trusted? Or should investors be focusing on buying the current dips in gold and silver instead?

The dollar-gold correlation will be one of the primary drivers for the precious metal in the short term, MKS PAMP Group said on Thursday. “The correlation between the USD and gold remains intact to dictate price action over the near-term, with the DXY index holding toward 93.00.”

The U.S. dollar index saw a boost after the Fed published its FOMC meeting minutes, which created some confusion.

“At least half of the downturn … in gold was attributable to the evening publication of the minutes of the FOMC meeting on 29 July. They contained no indication of any imminent yield curve control. This is likely to have prompted some market participants who had been betting on this happening to square their positions,” said Commerzbank analyst Carsten Fritsch.

In response, the U.S. dollar began to rise, weighing on gold. "The USD [found] a solid short-covering rally, having its best one-way gain since 30 March (on the USDX),” wrote Pepperstone head of research Chris Weston.

After the Fed minutes were released, the market continued to be concerned with what could potentially be introduced at the upcoming September Fed meeting.

From a trade perspective, the question is whether the markets can trust the current rise in the U.S. dollar?

Weston looked at the daily charts and next week’s Jackson Hole Symposium for answers.

“One point I will make here is on the daily charts, we’ve seen some key day reversal play out in USDJPY, AUDUSD, with EURUSD printing a lower high and a lower low,” he said on Thursday. “I feel the Fed will remain dovish, there is little doubt about that when Congress can’t agree on fiscal [spending], but with the market questioning the September meeting and a definitive change of policy here, will the market alter its short USD position accordingly. It leads us to think next week’s Jackson Hole Symposium will be one to watch and a volatility event.”

This year’s Jackson Hole Symposium, titled 'Navigating the Decade Ahead: Implications for Monetary Policy’, will be held online.

Any additional comments from the Fed chair Jerome Powell will be key next week as questions around yield curve control and inflation targeting are still creating confusion.

“There seems little consensus in the Fed collective to adopt an inflation-targeting regime, which is what so many have positioned for and why I would argue is a factor behind the USD selling of late,” Weston added.

So, can this short-term dollar rally and gold price-reversal last?

The dollar rally is looking like a simple recovery from a crowded short-dollar trade, which has dominated the past few months, Phoenix Futures and Options LLC president Kevin Grady told Kitco News. “A lot of people were shorting the dollar. Right now, we are seeing a correction in the market,” Grady said.

However, that does not change the long-term picture, where gold is heads higher and the U.S. dollar lower.

“I don’t think the picture for gold really changed. You continue to see sharp rallies in gold after price pullbacks,” Grady pointed out. “There is a lot of retail players in the gold space right now, trading the micro contracts and playing with short-term speculation. Those are the guys that are moving the market.”

The U.S. dollar is also likely to weaken further once the new U.S. stimulus package is finally approved, he added.

“If another stimulus package comes out, it will weaken the dollar. A lot of people are looking for stimulus and it didn’t come yet, which is also why we are seeing a short-term dollar rally.”

The fundamentals for precious metals remain bullish. “Gold should be above 2,000 by year-end. Trade talks with China are not seeing anything definitive. Also, the amount of stimulus that has gone into the markets and low interest rates will keep a bid in gold,” Grady said.

Another important point to keep in mind is that weaker U.S. dollar does not necessarily mean that the dollar’s status as the world’s reserve currency is in jeopardy.

“A lot of people are saying that the U.S. dollar is losing its status as the world reserve currency. I disagree with that. A lot of countries have pushed out stimulus packages. The U.S. has just been more aggressive. It will help bring economies out of recession quicker. I don’t see a change in the currency regime,” Grady noted.

In its latest report, Capital Economics also concluded that weaker U.S. dollar does not mean it loses its status.

“While we think the U.S. dollar will weaken a bit further this year, suggestions that its role as the world’s primary reserve currency is in jeopardy are wide of the mark in our view,” Goltermann added.