This event could change everything for the gold price next week, expect extreme volatility - analysts 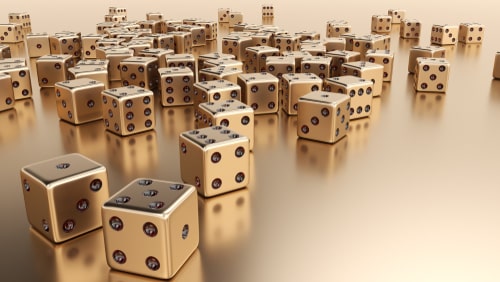 (Kitco News) One key event next week could bring a new round of volatility to the gold market and help prices recover following two consecutive weeks of losses, according to analysts.

A stronger U.S. dollar is keeping gold under pressure for the time being as markets remain somewhat confused by the Federal Reserve’s messages.

“The primary driver for this week’s selloff was the market’s reaction to the Fed minutes,” said Kitco Metals Global Trading director Peter Hug. “Strength in the U.S. dollar caused the metals to sell off. Dollar has now stabilized and the metals found a bottom, reversing from overnight weakness.”

The markets were waiting for the U.S. government to generate some fiscal stimulus to keep the economy going. However, with the hiatus until September, it doesn’t look like relief is coming, noted Hug. “People got nervous and moved into cash. The U.S. dollar reversed almost 2%,” he said.

“The dip in the gold price appears to be related to investor selling – most likely to be some profit-taking – and some strength in the U.S. dollar in recent days,” Capital Economics chief commodities economist Caroline Bain told Kitco News on Friday.

The markets will hear more from central bankers next week during the annual Jackson Hole symposium, which is being held virtually this year. This year’s event is titled 'Navigating the Decade Ahead: Implications for Monetary Policy’ and Fed Chair Jerome Powell is scheduled to speak on August 27 at 9:10 am E.T. time.

“Whenever the Fed Chairman speaks, there is significant volatility. What the market is looking to see whether Powell is worried and what his view on the economy three months from now is. If he shows any sign of concern that could create significant volatility,” Hug said. “When you have an event like that, a lot of people tend to reduce their positions whether long or short."

Gold’s wild ride will continue next week, said RBC Wealth Management managing director George Gero, noting that Powell’s speech next week will be one of the most significant events to watch. “People are going to hold back on trading until they can digest the Fed’s message,” Gero said.

Markets will be carefully watching any communication regarding the Fed’s monetary policy review, said Pepperstone head of research Chris Weston.

“The Fed communication team have said that [Powell] will outline the findings of the review on monetary policy. So, this could be a multi-asset volatility event risk … With the market somewhat disappointed by the lack of urgency expressed in the FOMC minutes, this could be a more important event and it will be a risk for anyone holding USD, gold, [and] NAS100 exposures,” Weston said on Friday.

“We urge the Senate to reject this nomination … Ms. Shelton’s views are so extreme and ill-considered as to be an unnecessary distraction from the tasks at hand,” said the letter, which was signed by 38 individuals including former Vice Chairman Alan Blinder.

Shelton's Fed nomination was passed by the Senate Banking Committee in July and now needs to be approved by the full Senate. No date for the vote has been scheduled yet.

It is all about levels next week, said Hug. “If gold can gold the $1,925 an ounce by Friday’s close and the U.S. dollar remains steady, then I am bullish on the metal next week,” he said.

The overall trend has not changed in gold, Hug added, noting that people are nervous right now because they have profits on the table. “Lots of investors got underneath $1,900 an ounce, so anything north of that area are profits. Investors are taking some of it off the table and moving it into cash,” he pointed out.

The U.S. dollar strength is unlikely to continue for much longer, said Bain, adding that she is optimistic on gold in the medium term.

“We expect the gold price to rise a little in the coming months as we expect a further leg-down in real U.S. yields and a somewhat weaker U.S. dollar. Persistent uncertainty over the economic outlook owing to the ebbs and flows of the virus is also likely to encourage investors to retain some gold holdings,” Bain pointed out.

Gold's losses in the last two weeks are not as significant because the fundamentals remain bullish for gold, said FXTM senior research analyst Lukman Otunuga.

“Rebound is potentially on the cards. A broadly weaker dollar, negative U.S. yields, pre-election jitters and rising coronavirus cases in the United States are likely to keep gold shining in the medium to long term,” Otunuga said.

The $1,900 level has very strong support built in and even if gold falls to that level, there are plenty of investors interested to buy at that level, noted the analyst.

“Sustained weakness below $1,960 may open a path towards $1,930 in the short term. If $1,930 proves to be unreliable support, then prices may sink back towards the psychological $1,900 level before bulls try to re-enter the scene,” Otunuga said.

Commerzbank analyst Carsten Fritsch highlighted the 2011-high of $1,920 as the key support area, but warned that a drop below it could postpone the recovery.

“Gold has established an important support level for itself, which also lies close to its old record high from 2011. Many stop-loss orders are likely to be placed below it, so it will be important to maintain this support area. Otherwise, the correction could drag on significantly longer. This could also prompt ETF investors to sell their holdings,” Fritsch said.

Next week will be data-heavy, with the updated U.S. Q2 GDP numbers out on Thursday.

“Further 2Q GDP releases next week will further reveal the extent of the damage from the last few months. The second stage of recovery is now underway so don't expect continuation of the rapid rebound,” ING economists said on Friday.

Other key U.S. data publications to keep a close eye on include CB consumer confidence and new home sales on Tuesday, durable goods orders on Wednesday, jobless claims and pending home sales on Thursday, as well as, personal income on Friday.