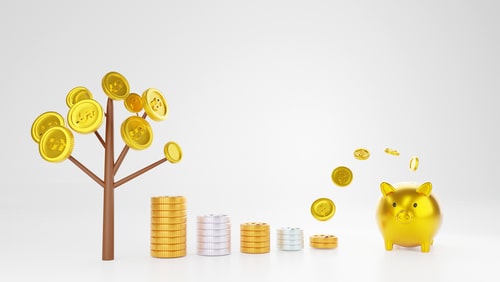 (Kitco News) This year's gold price rally is being supported by both new and old money, according to Standard Chartered, which cited quarterly filings.

Cooper has used the exchange-traded products (ETP) buying data to make her analysis.

“Q2-2020 inflows were the second-strongest on record. We believe that most of the Q2 inflows represented resilient longer-term investors. 13-F quarterly filings for Q2 show almost 40 holders held more than 3 tonnes (t) of gold, more than any other period. The largest purchasers included those allocating to gold for the first time as well as established buyers,” Cooper pointed out.

Most of the buyers were longer-term holders, which is a positive sign for the long-term price outlook, Cooper noted.

“The top 15 holders of GLD, the largest ETP, represented 22% of total shares outstanding, whereas during the previous peak in 2012, the top 15 made up 45%, suggesting scope for growth. In our view, ETP holdings remain a key indicator. Not only does the flow show how strong strategic inflows are, but also offers clues to how resilient current metal held in trust is,” she stated. 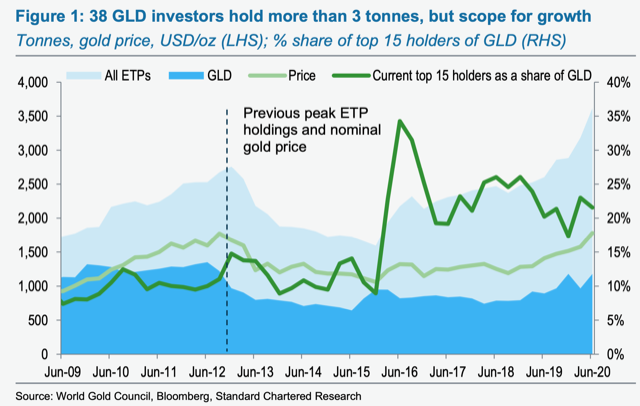 August has been a very volatile month for gold with the yellow metal first hitting its new all-time highs above $2,000 an ounce and then seeing its worst daily drop since April 2013.

“We expect price action to remain choppy in the coming weeks. While gold maintains a strong correlation with real rates and the USD, recent positioning has been driven by weak longs, not strategic longer-term allocation,” Cooper wrote.

“The balance of risks to the upside [for gold,] Cooper said. “Gold prices are no longer technically overbought; given that the longer-term picture remains constructive for gold, we still view price corrections as buying opportunities."

Key events to keep a close eye on in the short-term are the Economic Policy Symposium and September FOMC meeting, the analyst wrote.

“[Both will] offset some market pessimism surrounding the FOMC minutes from last week. Market participants will watch for clues on the Fed’s review of its monetary policy regime,” Cooper highlighted. “A move towards average inflation targeting has been increasingly discussed as a likely change aimed at supporting inflation expectations.”

The markets were disappointed by the Fed’s meeting minutes from July, which were made public last week.

“The FOMC minutes surprised in indicating that yield curve control (YCC) was not in the near-term set of policies that the Fed would adopt. Absent USD weakness, gold prices endured further profit-taking,” explained Cooper.