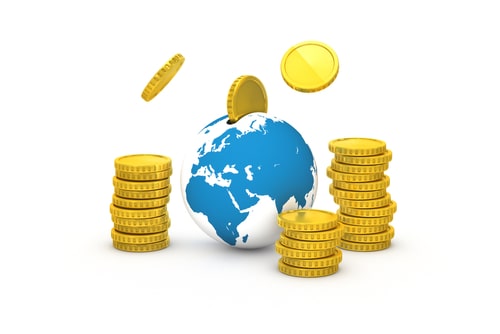 (Kitco News) This year's historic bull rally in gold points to a much bigger problem – "a growing lack of trust in the world’s monetary system," according to a report by Wells Fargo.

There are several reasons why gold has rallied, hitting new all-time highs above $2,000 an ounce for the first time in history earlier this month.

However, all those reasons are not the original catalyst, which might actually be the big elephant in the room that the markets are missing.

“There is a fourth reason—related to the other three—that is the elephant in the room. It’s called ‘trust.’ Trust in money, over the very long term, has been a fickle thing. No paper money has survived time, while gold has. Gold is history’s trusted ‘store of value’,” said LaForge.

The surge in gold prices this year could in fact be a sign that the trust in money and the trust in the current monetary policy system is eroding, the head of real asset strategy pointed out.

“[Our] monetary system is working today, and it is largely trusted. With that said, the recent rise in gold prices and cryptocurrencies may be a sign that a small, but growing, contingent is questioning the world’s monetary system,” LaForge wrote.

In the past, gold has been the public’s choice when trust was in short supply, he added.

“Trust is particularly important when we’re talking about money. This is why gold, through much of history, has been tied to money. If history tells us anything, it is that money is only worth what someone else is willing to give you for it. If it can’t be trusted to have value, what was once money can become worthless. It seems that recent generations know little about gold and its historical role. Gold was ditched by the West as money about 100 years ago, in favor of trusting government and institutions,” LaForge explained. 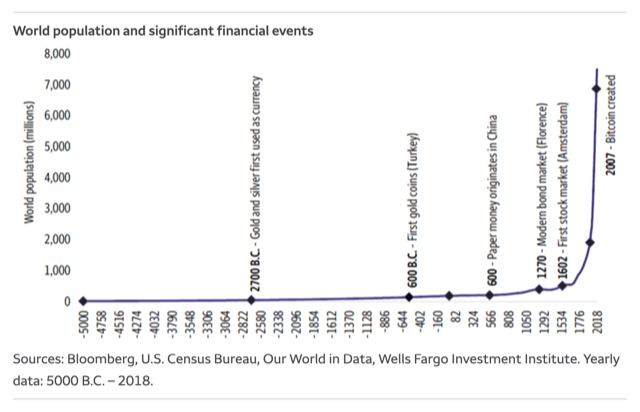 All eyes are on the Federal Reserve Chair Jerome Powell’s keynote address at the virtual Jackson Hole Symposium, which is scheduled for Thursday. Many analysts believe that Powell could comment on the central bank’s Monetary Policy Framework Review, which likely involves average inflation targeting.

Back in January 2012, the Fed outlined its dual mandate of maximum employment and stable prices.

“This outline has helped to guide the Fed since that time, but a persistent undershoot of the Fed’s desired inflation target for the past decade has been problematic. For more than a year, the Fed has been studying potential changes to its monetary ‘outline,’ and we expect the Fed to adopt changes to its inflation target soon. These changes could have meaningful implications for investors,” Rehling noted.

The change to inflation targeting could be very beneficial for gold as it would allow the Fed to keep rates lower for longer.

“We expect that a more flexible inflation target will keep the federal funds rate ‘lower for longer’—even if inflation moves to the 2% level, or above it, for a time. With the Fed seemingly more patient in acting as inflation increases, longer-term rates could rise to compensate for the added risk of holding longer-maturity instruments in an environment that could see higher U.S. inflation … While the changes may offer the Fed more flexibility in implementing monetary policy, they likely will not change the underlying structural issues for the U.S. economy. A move away from the disinflationary environment of the past decade seems unlikely at this point, despite the Fed’s best efforts,” said Rehling.

TD Securities said Tuesday that it sees this type of a shift in monetary policy as very good for gold.

“The average inflation targeting framework represents a massive shift in the macroeconomic template that should continue to support inflation-hedge assets. As financial repression continues to suppress real rates, we expect that capital will seek shelter in precious metals — which suggests further weakness in the complex represents a buying opportunity,” TD Securities strategists said.

“Real interest rates would then slide even further into negative territory if inflation were to rise. This would point to higher gold prices in the coming months and beyond,” Commerzbank analyst Carsten Fritsch said on Tuesday.