Gold price to test this key level before rallying towards $2,700, says Credit Suisse 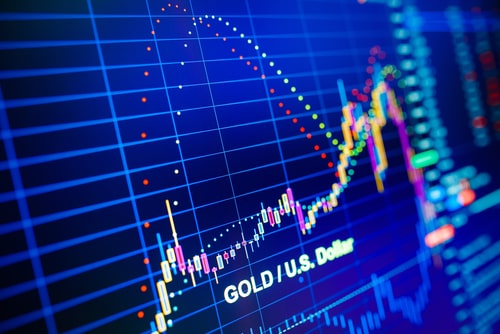 (Kitco News) The gold rally is taking a breather with buyers and sellers playing the range game as gold bounces between $1,920 and $2,000 an ounce for the past two weeks. Going forward, the new all-time highs are unlikely until gold tests this level on the downside, Credit Suisse said in its latest report.

“Gold continues its expected consolidation following the move to our base case objective of $2075/80. Although we continue to see the core long-term trend higher, reinforced by falling US Real Yields and a falling USD, we suspect there is scope for a more protracted consolidation phase to unfold first,” Credit Suisse strategists wrote on Wednesday.

Credit Suisse’s projections of a longer pause in the rally is backed up by its overview of the past bull runs.

“It is worth noting that monthly RSI has reached its extreme levels seen in 2006 and 2008 adding weight to the view for a lengthier pause in the bull trend. Indeed, in the 2001/2011 bull market the two major consolidation phases (2006/2007 and 2008/2009) lasted 16 and 18-months respectively. A similar length of consolidation at this juncture though is not our base case for now,” the strategists wrote.

However, once the consolidation phase is over, gold will be ready for more gains, including a climb towards $2,700 an ounce, Credit Suisse stated.

“Post this phase, we look for an eventual move above $2,075 with resistance seen next at $2,175, then $2,300. Whilst we would look for a fresh consolidation at this latter level, a direct break can see potential trend resistance at $2,417, with scope seen for $2,700/20 over the longer-term,” the strategists noted.

The daily recovery was led by bullish traders stepping in to buy the dip.