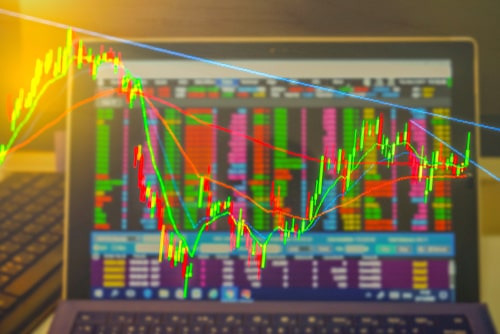 (Kitco News) Gold price volatility is here to stay, according to analysts, who forecast even steeper price swings than the $100 daily moves seen this week.

Despite the overall bullish outlook for gold, wild price moves have kept investors busy trying to figure out their strategy while gold bounces between the lows and highs of $1,900 an ounce.

“We’ve had high volatility for the past few weeks and that is not going to change. A lot of things are still coming down the pipe — valuation of the equity market, comments by the Fed Chair on Thursday, elections in November. Volatility will be here at least through December, which will be extremely difficult to trade,” Kitco Metals global trading director Peter Hug said on Friday. “Any news bite that comes out could trigger a volatile move.”

The big question is whether gold’s consolidation has run its course, TD Securities Commodity Strategist Daniel Ghali told Kitco News. “Gold continues to balance on the uptrend that has been prevailing since the pandemic,” Ghali said. “Traders watching the technical pattern. If prices manage to break out of it, [the bullish trend could prevail]”.

How to handle volatility

Very thin trading next week is likely to cause very extreme price swings in the gold space, the analysts warned.

“A lot of traders are away and we are seeing thin markets. A lot of buying is algorithmic driven,” Phoenix Futures and Options LLC president Kevin Grady told Kitco News. “On Thursday, gold rallied $30 and then sold off $70. One hundred dollar swings are not typical for gold. A lot of people are on the sidelines. And next week, it will be even thinner. You are going to see exacerbated price swing as the algorithms take control.”

For investors, Hug recommends keeping emotions out of it and maintaining a gold position as part of a balanced portfolio. “This is not the time to panic,” he said.

For traders, Hug suggests taking a macro perspective on things since it is difficult to put in stops with such high price swings on a daily basis, he noted. “If you are a day trader, it is really difficult to trade the market because it is built up on both sides. Make sure you have the capital available to meet margin calls,” he stated.

Grady said that many investors are starting to choose gold-backed ETFs, like the GLD, versus the futures due to the high levels of volatility.

What does Powell's message mean for gold?

There was some confusion in the gold market following Federal Reserve Chair Jerome Powell’s keynote address at the virtual Jackson Hole on Thursday.

Powell introduced a new approach to setting monetary policy, which lets inflation and employment run higher. The Fed will now seek inflation, which averages 2% over time, ensuring that interest rates remain low for years to come.

Yet, despite being great news for gold, the precious metal sold off $72 in just one hour during the speech.

“What the market wanted to see from Powell was a more concrete statement on what the Fed’s policy was in terms of inflation. During his speech, Powell first said that the Fed was going to use an average inflation model and let inflation run a little hotter until the economy would regenerate itself. That comment kicked off a rally. Then, five minutes later, Powell said that if inflation does run a little too hot, the central bank will take steps to bring it down,” said Hug. “That took the edge of that first comment.”

However, despite some confusion, the overall macro picture is a very positive one for gold, noted Hug. “The Fed is going to remain extremely accommodative at least through 2021 until the economy starts to regenerate. In that context, gold will be higher,” he said.

If anything, the outlook is even more bullish now, added Grady. “What Powell was saying is that the Fed is prepared to let the economy run hot for a while without raising rates for five years. This is very bullish for gold,” he said.

There are a number of fresh key data sets being released next week. For gold, the most volatile figure will likely be the U.S. employment data, scheduled for Friday.

Weak employment numbers could drive gold higher because of expectations that the Fed will pump more liquidity into financial markets, Nedoss added.

The market is projecting for 1.5 million jobs to have been added in August.

“This would leave employment a net 11.4 million lower than in February,” said ING chief international economist James Knightley. “Unfortunately, we are a little more pessimistic … We are looking for a more modest payrolls growth figure of 900,000. This means we also see some upside for the unemployment rate, particularly with uncertainty over the Federal government unemployment benefits boost likely incentivizing some people to start looking for work more actively.”