LONDON (Reuters) - The International Energy Agency (IEA) trimmed its 2020 oil demand forecast on Tuesday, citing caution about the pace of economic recovery from the pandemic.

“We expect the recovery in oil demand to decelerate markedly in the second half of 2020, with most of the easy gains already achieved,” the IEA said in its monthly report.

“The economic slowdown will take months to reverse completely ... in addition, there is the potential that a second wave of the virus (already visible in Europe) could cut mobility once again.” 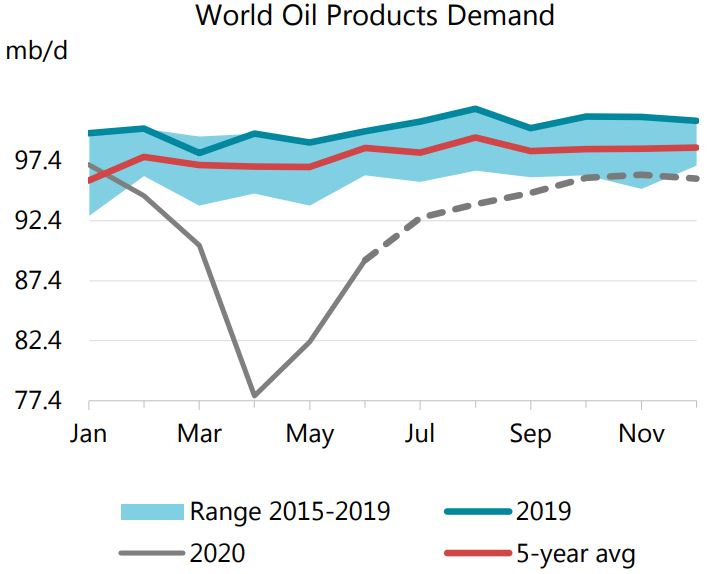 Renewed rises in COVID-19 cases in many countries and related lockdown measures, continued remote working and a still weak aviation sector are all hurting demand, the IEA said.

China - which emerged from lockdown sooner than other major economies and provided a strong prop to global demand - continues a strong recovery, while a virus upsurge in India contributed to the biggest demand drop since April, the IEA said.

Increasing global oil output and the downgraded demand outlook also mean a slower draw on crude oil stocks which piled up at the height of lockdown measures, it added.

The agency now predicts implied stock draws in the second half of the year of about 3.4 million barrels per day, nearly one million bpd less than it predicted last month, with July storage levels in developed countries again reaching record highs. 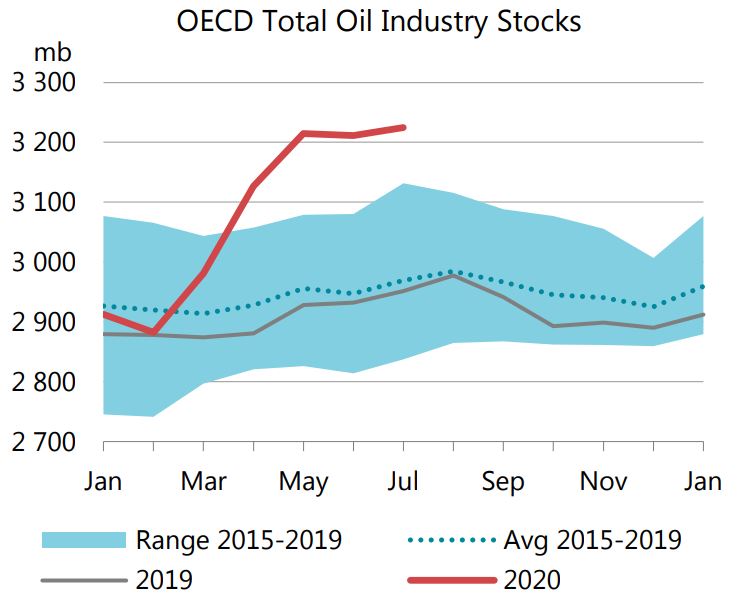 As output cuts eased among producers from the Organization of the Petroleum Exporting Countries (OPEC) and allies such as Russia, global oil supply rose by 1.1. million bpd in August.

After two months of increases, recovery among countries outside the OPEC+ pact stalled, with production in the United States falling 400,000 bpd as Hurricane Laura forced shut-ins. 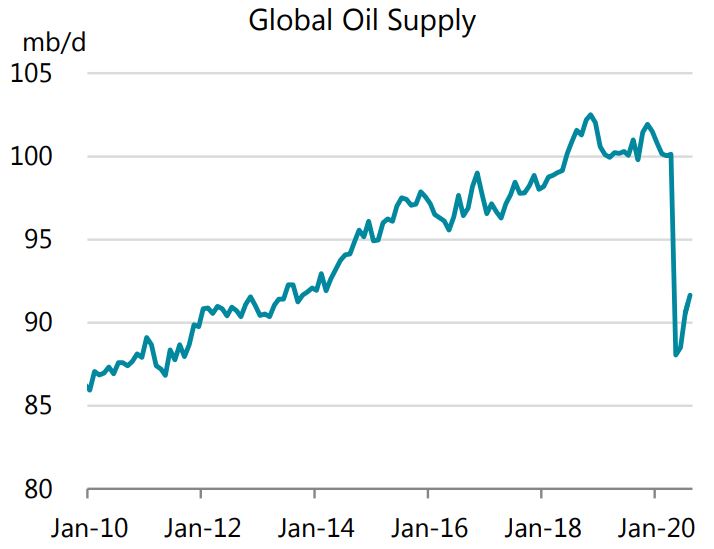