NEW YORK (Reuters) - World stock markets rose on Tuesday, first on upbeat Chinese data and later on a solid increase in U.S. factory output, while the dollar see-sawed on expectations the Federal Reserve will keep a downbeat economic outlook when policymakers meet this week.

The euro gained after the ZEW economic sentiment survey showed investor sentiment in Germany rose in September, despite headwinds from Brexit and rising coronavirus infections.

Data showed Chinese industrial output accelerated the most in eight months in August, up 5.6%, to spark a jump in the yuan to a 16-month high. Retail sales in China also grew for the first time this year, beating forecasts.

“China is an economic winner at this point in the pandemic,” said Kit Juckes, head of FX strategy at Societe Generale.Commodity-linked currencies such as the Australian, New Zealand, and Canadian dollars gained after the positive Chinese data.

The S&P tech index jumped 1.6% as it recovered for a second day from a plunge at the end of last week that had knocked the Nasdaq into corrective territory, defined as a 10% slide from a recent peak.

Euro zone bond yields were steady to a bit lower, shrugging off the positive economic sentiment data from Germany and the improvement in risk appetite that lifted global stock markets.

The Japanese yen strengthened 0.24% versus the greenback at 105.47 per dollar. 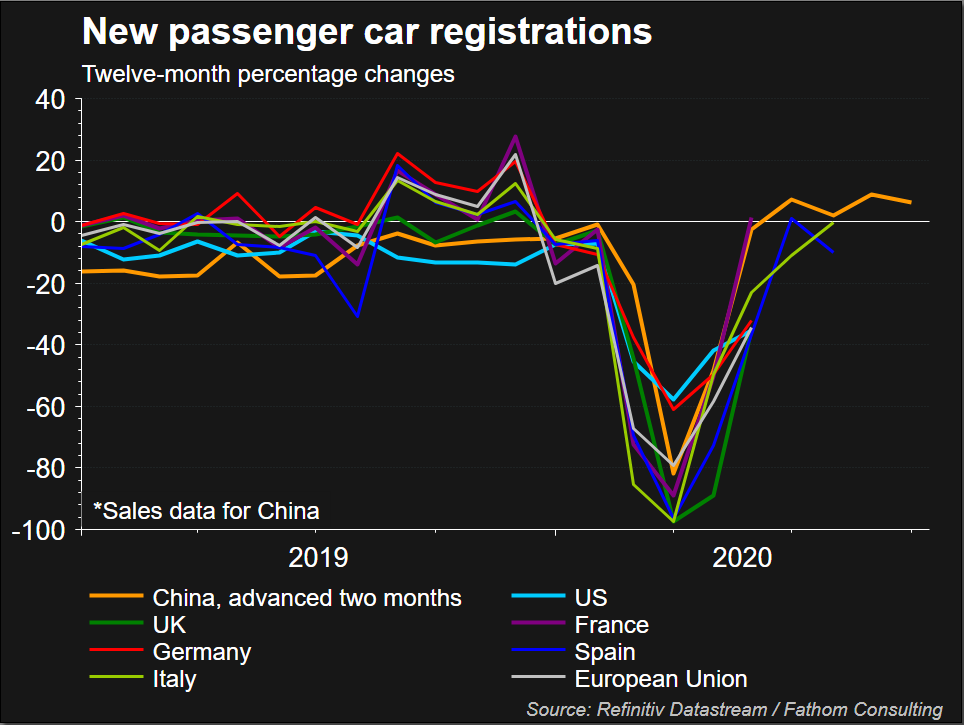 Overnight, MSCI’s broadest index of Asia-Pacific shares outside Japan added 0.5%, for a fourth straight day of gains that have boosted it 3% for the year after its recent reversal from its coronavirus plunge.

In commodity markets, most industrial metals were bolstered by the robust Chinese data. [MET/L]

Oil prices rose, supported by hurricane supply disruptions in the United States, but forecasts of a slower-than-expected recovery in global demand from the pandemic weighed.

Gold slipped from a near-two week high as the dollar rose, although hopes for a dovish monetary policy stance from the U.S. Federal Reserve limited the safe-haven metals’ losses.