The storm made landfall near Gulf Shores, Alabama, as a powerful Category 2 hurricane. Oil and gasoline prices rose on Wednesday on a temporary drop in U.S. production and a decline in oil stocks.

Nearly 500,000 barrels per day (bpd) of offshore crude oil production and 759 million cubic feet per day (mmcfd) of natural gas output were shut in the U.S. Gulf of Mexico, according to the U.S. Interior Department. That is roughly a third of the shut-ins caused by Hurricane Laura, which landed further west in August.

Oil and chemical ports along the Mississippi River were moving to reopen with restrictions, and oil and gas producers were returning workers to offshore platforms in the western and central Gulf of Mexico.

The hurricane was over the Florida Panhandle and heading northeast at 5 miles per hour (8 kph) with sustained winds of 75 mph (120 kph), the National Hurricane Center said at noon CDT (1700 GMT).

There were 1.1 million bpd of U.S. Gulf Coast refining capacity offline on Wednesday, according to the U.S. Energy Department, including two plants under repair since Laura and another halted by weak demand due to the COVID-19 pandemic.

For a graphic on Hurricane Sally forecast track: 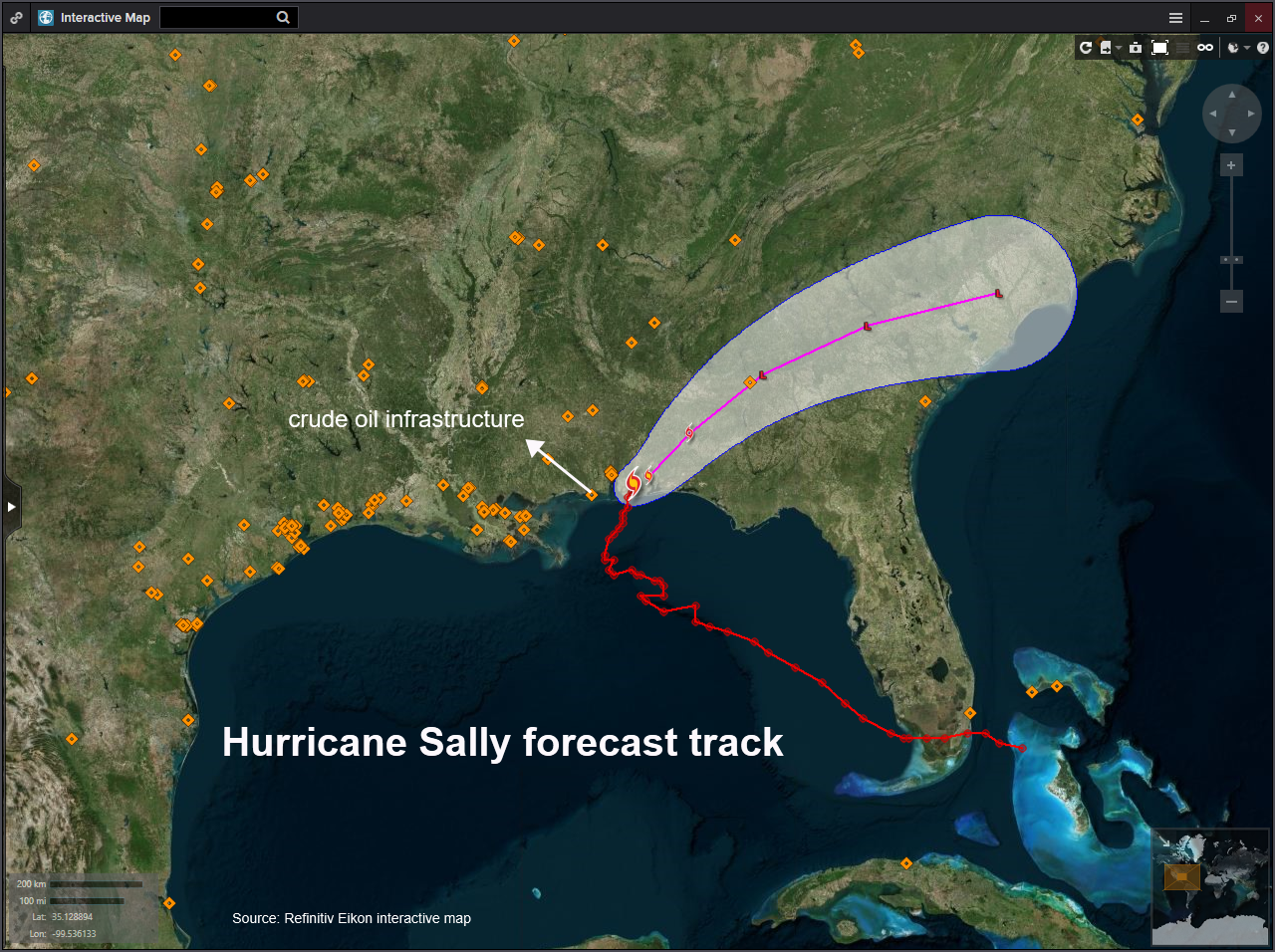 “Even if the weather keeps production shut for a couple of days, the sheer volume of its size is enough for the market to breathe a bit,” said Rystad Energy senior oil markets analyst Paola Rodriguez-Masiu in a comment.

The Colonial Pipeline, which brings fuel from refineries to the U.S. East Coast, was operating normally, its operator said.

The NHC warned Sally had produced “catastrophic and life-threatening” flooding along portions of the North-Central Gulf Coast with 10 to 20 inches (25-50 cm) of rain expected and up to 30 inches in some spots.

Reporting by Erwin Seba in Houston and Stephanie Kelly in New York; editing by Marguerita Choy and Steve Orlofsky