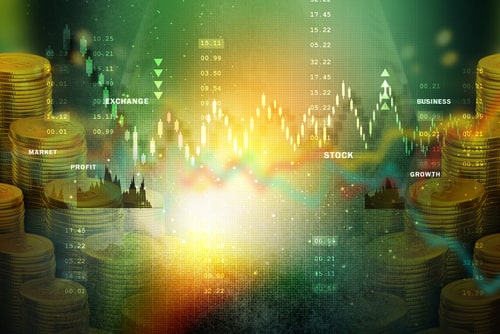 (Kitco News) The yellow metal is beginning the trading week holding above $1,950 an ounce as analysts eye new U.S. election risk, the U.S. dollar and a slate of Federal Reserve speakers.

Last week, gold was able to eke out a nearly 0.5% gain while largely trading in a range between $1,950 and $1,975 an ounce. This marked a second consecutive weekly gain since the end of July.

“From a technical perspective, it is hard to get excited about gold at the moment as it continues to chop between $1,900 and $2,000, and it has not seen the extremes in a month.  It is near the middle of the range,” said Bannockburn Global Forex chief market strategist Marc Chandler.

All eyes will be on the Federal Reserve speakers this week after the media embargo has been lifted.

New U.S. election risk in also on the table with the death of liberal Supreme Court Justice Ruth Bader Ginsburg on Friday.

“News of Judge Ginsburg’s passing is an incredibly important political factor in the US election, especially if we see the conservative Amy Coney Barrett getting the job,” Pepperstone head of research Chris Weston said on Sunday.

This biggest impact will likely be on risk assets, Weston added. “The markets may struggle to price this accordingly and cleanly understand whether this plays into a greater prospect for Trump, or simply brings out more votes for the Democrats as many of the more moderate swing voters change to prior allegiances,” he wrote.

The U.S. dollar is likely to remain under pressure this week, which should help gold remain well supported, according to some analysts.

“DXY traded Friday at the lowest level since September 10 and a break below the 92.478 area is needed to set up a test of the September 1 low near 91.746,” said Thin and Solot. “The weak dollar trend should continue this week as we remain negative on the dollar due to the now-familiar combination of an ultra-dovish Fed and softening U.S. economic data.”

A number of datasets this week could also have an impact on gold prices, especially the U.S. durable goods orders scheduled for Friday.

“Durable goods orders will be preliminary and anything modestly below expectations will likely mean the market will believe that the Fed will do more,” TD Securities head of global strategy Bart Melek told Kitco News on Friday.

Analysts have warned to keep close tabs on a potential rush to cash as the U.S. November election approaches.

“One of the primary catalysts of the metals market until we get a little closer to the election is going to be the equity market,” said Kitco Metals global trading director Peter Hug.

The valuation in the equity space is concerning considering the economy is still in the beginning stages of its recovery, Hug noted.

“When only 30%-40% of the economy is open of pre-COVID levels, the valuation is as if the economy is at full guns. Something is not balanced here and if the market takes a big hit, people might be moving into cash ahead of the election,” he said.

Also, the possibility that the November election of being contested is adding another layer of complexity, said Melek. “This is potentially very problematic," he explained. “Political uncertainty tends to benefit gold. But if we have a full rout liquidity crisis, it is not going to be good for anything. People will go back into cash.”