Gold price has room to test support $1,714 in this correction - Moor Analysis 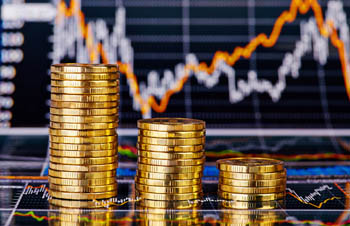 (Kitco News) - The gold market's long-term technical outlook remains in tack, but the market after hitting an exhaustion area above $2,000 an ounce and is due for a correction, according to one market analyst.

In a telephone interview with Kitco News, Michael Moor, founder of Moor-Analytics.com, said that gold's significant break below $1,933 ounce has created the potential for the market to fall nearly another $200.

"I'm a very big macro bull on gold, but you can't ignore the potential for a bearish correction in this bull market," he said. "In the selloff we saw, gold sliced through some major levels like they were not even standing there."

Moor said that gold has been in a 15-month bull market after breaking out of a nearly three-year range. He added that gold's rally to its all-time high last month was a significant move, so it is not surprising to see a correction. 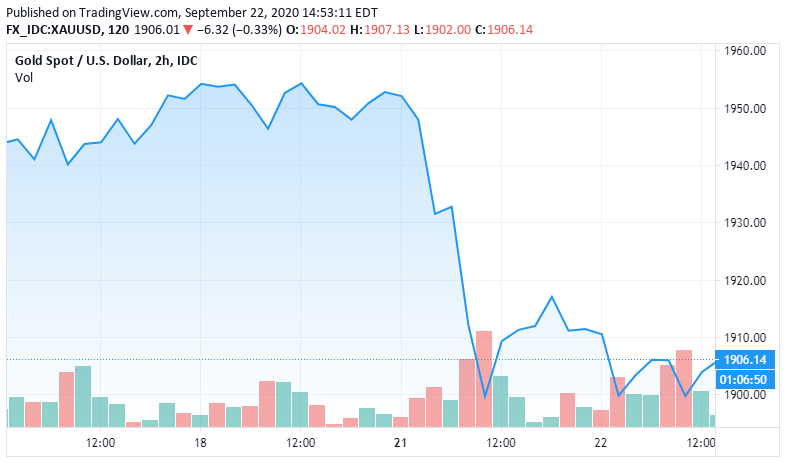 "That would be the major corrective area that I would be watching," he said.

While Moor sees significant downside potential in gold, he added that a lot will depend on the current price action; he noted that investors need to pay attention to the marketplace's rising volatility. He said that if 1,900 currently holds as support, he could see a move back up to the $1,933.

"If we get a decent break above $1,933 to $1,944, then that generates some significant short-covering and that could propel us back to the all-time highs," he said. "This is a critical pivot point for gold."

As for what would get Moor to change his long-term bullish view on gold, he said that prices would have to fall significantly below $1,650 an ounce.

Looking at silver, Moor said that he is also not worried about Monday's intra-day 10% drop.

He added that silver only entered its bull market phase in July. 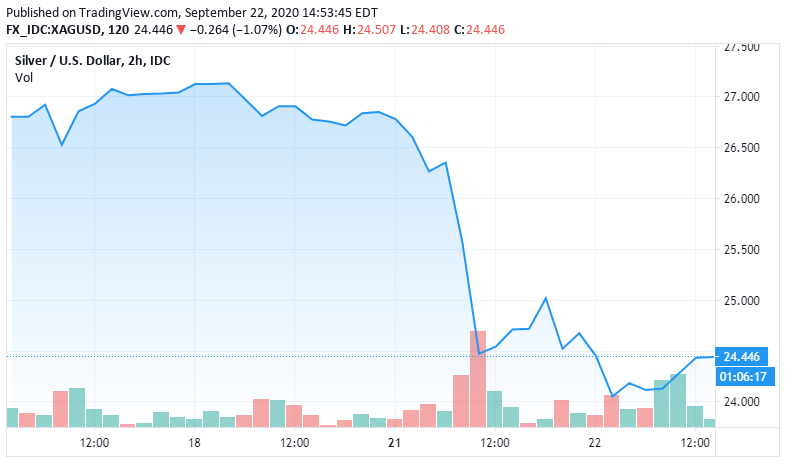 "The bull market is new, so I don't think this is going to be a massive selloff. This is a bull back at the start of a bull market," he said.