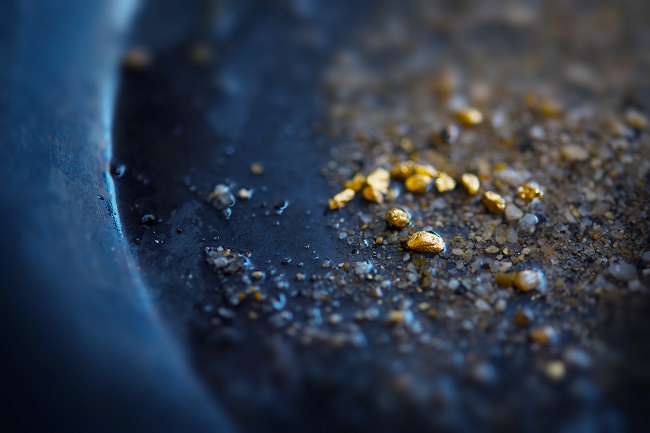 (Kitco News) - The global COVID-19 pandemic has turned the world upside down and one investment fund recommends investors looking for value and opportunity in safe jurisdictions.

In an email statement to Kitco News, Marcelo Kim, Partner at Paulson & Co, said that there is a threat mining projects could become nationalized, particularly in unstable regions, as governments look for ways to raise capital to support their economies, devastated by the coronavirus.

“We believe jurisdictional safety is going to play a central role for investors,” he said. “As such, we think it is important for companies to invest in assets where the rule of law prevails and where assets will not be nationalized. In that context, we think the U.S. is the premier mining jurisdiction.”

Paulson & Co has significant stakes in two exploration companies: one in Idaho and another in Alaska. The hedge fund recently announced it had exercised its convertible notes in Midas Gold, giving it a 44% stake in the company. Midas Gold is currently developing its Stibnite Gold Project in northern Idaho.

“We invested in Midas because we thought it was one of the best-undeveloped gold projects as it is one of the largest and highest grade open pit projects with operating costs expected to be in the lowest quartile. Additionally, the project has two attributes that make it singularly unique. First, it is the only viable option to restore a historically disturbed area that had been previously mined under direction of the US Government. Secondly, the project is expected to produce antimony as a by-product, which has been declared a critical mineral in the US because of how vital it is to US security and the economy,” he said.

The investment firm, along with major investors Sprott, Electrum and Kopernik, is also invested in International Tower Hill (ITH). The junior explorer continues to develop its Livengood project, which is the largest North American gold-only deposit by reserves and resources not wholly owned by a major. “We believed that ITH was one of the most highly levered projects to rising gold prices and had the potential to become a premier gold vehicle for investors seeking pure-play leverage to higher gold prices in a premier mining jurisdiction, Alaska,” he said.

Kim is the chairman of both ITH and Midas Gold. Not only does Paulson & Co see potential in both companies, Kim said that they are also attracted to the jurisdictions.

“Idaho has a deep history of mining and has recently seen a number of new companies enter the state since Midas’ entry in 2009,” Kim said. “Midas has received broad support for the Stibnite Gold Project from the local community and stakeholders in Idaho, all the way to the state’s delegation in the U.S. House of Representatives and the Senate. The Company recently received a ‘Permitting Dashboard’ as a high-priority project by the Council on Environmental Quality”.

“Alaska, the second-largest gold-producing state in the U.S., is a safe and rich mining jurisdiction. The State of Alaska land use plans have designated mineral development as the primary surface use within the Livengood mining district. Alaska has a well-defined permitting path and the Livengood project is in an area of Alaska that is not remote and will benefit from year-round access,” he said.

Kim noted that Midas is currently in the permitting process. The company will release its feasibility study in the fourth quarter of 2020, is expected to receive its federal permit by the third quarter of next year and could be prepared to make a construction decision by mid-2022.

As for ITH, Kim noted that the company is in the process of developing a new pre-feasibility study by October 2021, which will allow the company to decide whether or not to proceed with permitting, which could take 4.5 years before making a construction decision.

Along with looking for value in safe regions, Kim said they continue to see value in gold as central banks have pumped historic amounts of liquidity into financial markets to support the global economy.


“Coupled with the massive deficit-funded fiscal response, we believe that gold provides investors with the best form of protection from debt monetization and currency debasement,” he said.
By Neils Christensen