Is gold oversold? $200 price drop does not mean the bull market is over – analysts 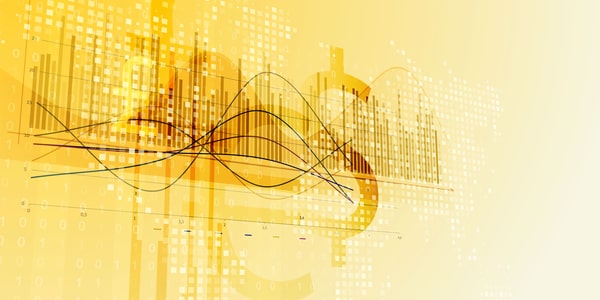 (Kitco News) Gold prices are closing out the week with a 5% drop as the precious metal trades well below $1,900 an ounce. For next week, analysts are carefully eyeing the technicals to see if this strong selloff is over.

If gold does not find solid support around $1,840 an ounce next week, prices could fall well below $1,800 before the downtrend is over, said Standard Chartered precious metals analyst Suki Cooper.

"Gold has sold off to breach its key support at $1,950/oz, and has tested support around $1,840/oz. If prices breach this technical level, support does not materialize until around $1,760/oz, early July lows. Gold is closing in on oversold territory," Cooper explained.

Uncertainty surrounding the U.S. election, coronavirus and economic recovery is driving investors towards cash ahead of the election, which is triggering a lot of volatility across all markets, said Kitco Metals global trading director Peter Hug.

"What I perceive is happening here is that investors generally are getting more and more nervous. With the election coming up and a high potential of a second COVID-19 wave, the equity markets under pressure … It is going to be a mess," Hug noted.

There are a lot of investors sitting on good profit both in equity and precious metals markets, Hug pointed out. "When you start to get nervous, the natural reaction is to take some money off the table and park it into cash."

Cash gives investors significant advantages — room to enter the market at a lower level or some cash reserves if everything starts to sell off even more. "That is why you are seeing investment as a group softening up as people allocate some of their portfolios into liquidity such as cash," Hug explained.

Keeping tabs on the U.S. dollar

"It's all about the dollar here and the dollar keeps running … Gold is sitting on the 100-day move average, which I perceive as support," he said.

"The dollar was some of what was happening initially. That changed into more of a risk-off selloff in the market and now you get closer to the buying opportunity," said Pavilonis. "We are getting close to the bottom here and it will be a great area to start getting long for anyone who thought they missed the boat initially. The biggest thing is technicals next week."

However, putting aside all this short-term volatility connected to the U.S. election, the macro picture is very bullish for gold, said Hug. "Even if gold gets down $200, it doesn't mean the bull trend is over," he said. "If we get out of the election reasonably normally, Fed is keeping rates at zero until 2023 and the European banks are injecting more liquidity. I am bullish the metals."

It is expected that U.S. President Donald Trump will name a Supreme Court nominee to replace Justice Ruth Bader Ginsburg on Saturday. Senate would have to vote on the nomination and Trump would like that to happen before the election.

The first presidential TV debate will also take place next week. Opinion polls after the debate will be carefully monitored by the markets, according to ING FX strategists.

"The highlight of the week ahead will undoubtedly be the first presidential TV debate taking place in Cleveland on Tuesday night. Biden goes into the debate with around a 7% lead in opinion polls and will face a stern test from President Trump – typically a strong performer in events like these," ING strategists said. "One school of thought is that a strong Trump performance is equity positive/dollar negative. We have the view, were Biden to win, the dollar could decline in 2021 on a benign world view."

Rising coronavirus cases will also test investors' resolve next week as there is growing fear of renewed lockdowns.

"The rising number of Covid-19 cases globally, election uncertainty and the lack of a new fiscal support package have all weighed on US equities as investors become more cautious on the outlook for growth and corporate profitability," said ING chief international economist James Knightley.

"Second waves of infections have clearly taken hold in a number of European countries in recent weeks and are prompting authorities there to reintroduce restrictions on activity. The U.S. already experienced its own second wave back in June and July and has not seen a similar upsurge in infections in recent weeks," Hunter said. "Many state governments have taken a much less draconian approach than their European counterparts and, in any case, there has been no sign of a widespread upturn in hospitalisations or deaths."

The most critical U.S. dataset to keep an eye on next week is Friday's employment figure for September, which is expected to come in slightly lower than the August figure.

"Employment plunged 22.16mn between February and April, but the re-opening of the economy from May has seen more than 10.6mn of those jobs recouped. The market is looking for another increase in September, but of "only" 900k, meaning employment would remain more than 10.5mn lower than February even after five months of gains," Knightley said.

Other data that will be important to monitor include Wednesday's ADP nonfarm employment, Q2 GDP, and pending home sales, as well as Thursday's jobless claims, PCE price index, and ISM manufacturing PMI.