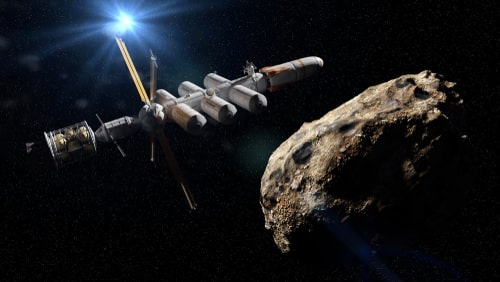 (Kitco News) Chinese company Origin Space is scheduled to launch the world’s first asteroid mining robot in November. But no actual mining will be done on the mission as the goal is to test the equipment.

After the tests are completed, Origin Space will proceed with the Yuanwang-1 mission sometime in 2021. The mining robot will be equipped with an “optical telescope designed to observe and monitor Near-Earth Asteroids.” The goal would be to identify targets for possible off-Earth extraction.

This type of mission has never been attempted before. It is unclear how successful it will be, according to various media reports.

Meanwhile, the company has emphasized that this mission’s goal is only prospecting and not mining. Space mining is a potential trillion-dollar industry. This is one of the first real steps towards opening a door in that direction.

China is far from the only country looking to make its foray into space mining. In April, U.S. President Donald Trump took a significant step for all the wannabe space miners out there by signing an executive order that supports the exploration and the use of space resources by the U.S. citizens and businesses.

The order, titled “Encouraging International Support for the Recovery and Use of Space Resources,” gives Americans the “the right to engage in the commercial exploration, recovery, and use of resources in outer space.

NASA has been moving forward with its plans to mine the moon for water. In an interview with Kitco News this summer, Robert Mueller, senior technologist at the NASA Kennedy Space Center, said that although the technology exists to successfully mine in space, reliability remains the biggest technical hurdle.

Scientists are currently debating about the ethics of space privatization. In last year’s research paper for the journal Acta Astronautica, a team of scientists made the case that 85% of the solar system should be off-limits to human development.

“If we don’t think about this now, we will go ahead as we always have, and in a few hundred years we will face an extreme crisis, much worse than we have on Earth now,” said Martin Elvis, a senior astrophysicist at the Smithsonian Astrophysical Observatory in Cambridge, Massachusetts. “Once you’ve exploited the solar system, there’s nowhere left to go.”