Silver price plunge 'not terminal', precious metal already up 2% on the day – StoneX 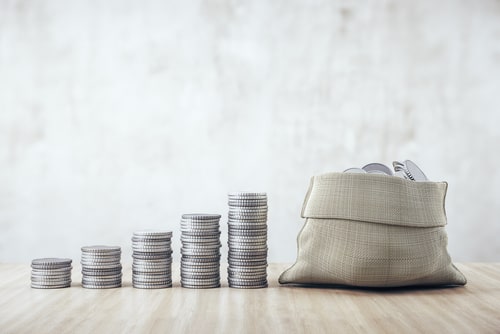 "Silver has lived up to its usual capricious ways and gone hard into reverse over the past weeks and gold's reversal, which started early in the month after failure at $2,000 and then extended by the downturn in equities, served to exacerbate silver's retreat," said Rhona O'Connell, head of market analysis for EMEA and Asia regions at StoneX.

O'Connell compared silver to Cinderella at a ball. "When she leaves the ball, she usually does so in a flash," she wrote when describing silver's reversal. "Over a long period of time, if gold sustains a bull market, then silver will generally gain alongside it, and usually outperform, but in the shorter term, it can be dangerous. A combination of gold on the back foot and a mournful economic outlook is enough for silver to remember that it is an industrial metal and throw a tantrum such as the one we have just seen."

Over the course of September, silver plunged 19%. Despite the monthly plunge, silver is still one of the best performers, with spot prices trading 31% higher than at the same time last year.

September's disappointing price action does not mean the outlook has turned any more bearish, O'Connell pointed out, citing supply and demand fundamentals as well as ETF demand.

"Silver's fundamentals mean that there is no genuine market-clearing price for it as only 29% of mine production is from primary silver mines; when scrap supplies are added into the equation, then primary silver mine production accounts for just 25% of supply. This year's underlying market is forecast to be in balance, and it is gold's bull run that has taken silver prices higher, in turn encouraging very substantial investment into the ETFs," she said on Monday.

The ETF inflows took significant quantities of silver off the market, driving the price higher this year.

"At their maximum so far this year the silver ETFs had absorbed 9,028t; after this recent selloff, which has obviously been vicious, they are still up by 7,791t in the year-to-date," O'Connell stated.

The recent selloff managed to get rid of some weaker-handed-holders and encouraged some new shorts. However, the net long position in silver is still healthy — 5,998t or 9% higher than the year-to-date, according to the CFTC report.

Another important side of the silver market are the retail holders, who remain loyal to silver, which could put a bottom in prices and encourage bargain buying, O'Connell added.

"Silver investors, especially retail holders, tend to be a loyal fan-base and are unlikely to desert the market in droves. Indeed when gold starts to reassert some silver, bargain hunting would not be a surprise," she said.

"The swirling economic and geopolitical uncertainties are still supportive overall. Every market needs to wash out from time to time and gold almost invariably comes down when equities are under pressure as investors liquidate in distress. With a mournful economic outlook and gold under pressure silver has understandably taken a tumble. It is still, however, 46% higher than the average spot price of 2019," O'Connell noted.