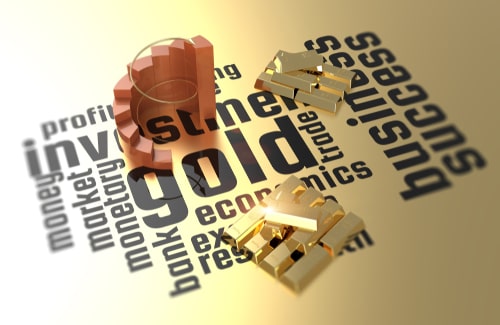 (Kitco News) Gold could be looking at the biggest monthly loss in nearly four years in September with even more volatility expected in October as the U.S. election season keeps investors interested in cash, according to analysts.

As September wraps up, gold is down more than 5% since the beginning of the month. December Comex gold futures began the month just below $2,000 an ounce and are now trading at $1,897.30.

And if the $1,900 does not hold by Wednesday’s close, the yellow metal could be in for the biggest monthly drop in almost four years.

“The month that is coming to an end today has not really been a good one for gold. It is facing its biggest loss in almost four years unless it manages to close trading today at a price of at least $1,900 per troy ounce,” said Commerzbank commodity analyst Carsten Fritsch.

One of the main short-term drivers for gold continues to be the U.S. dollar, particularly the EUR-USD exchange rate.

“The marked depreciation of the USD caused gold to rise up until last night, though gold fell again when the dollar subsequently began to appreciate. The USD is strengthening even though the extremely heated first TV debate between U.S. President Trump and his challenger Biden will hardly have allayed concerns about an unclear election outcome with no obvious winner being declared immediately,” Fritsch pointed out.

There is a lot of uncertainty surrounding the U.S. election on November 3, especially when it comes to the possibility of a contested election.

“The mountain of cash sitting in money market funds does suggest a substantial amount of fear embedded in the market,” said TD Securities commodity strategists on Wednesday.

The risk of a contested election is the only major political risk investors should be worried about, Pepperstone head of research Chris Weston pointed out.

"After watching the first Presidential debate it’s clear that just getting an outcome that is accepted by the losing party would be enough to avoid a meltdown of markets and a strong risk-off tone,” Weston said.

“In the near-term, we can see that funds are seemingly hedged through optionality, but the risk of contested could be enough to leave the risk buyers out of the markets, so equity markets could fall just simply on order book dynamics (lack of buyers), with risk FX also facing downside pressure. But, the message from the options market is clear and suggests that perhaps the outcome doesn’t really matter as long as we avoid a contested election,” he added.

The majority of analysts remain very optimistic on gold into year-end, expecting a much weaker U.S. dollar going forward.

“We believe that such a scenario, involving weeks of uncertainty, would pose a risk to the USD, which should benefit gold significantly. Incidentally, the month with the most pronounced gold price slide before now was November 2016. At that time, the US dollar had risen sharply immediately after Trump’s surprise election victory, causing gold to fall significantly. Any repetition of this seems virtually unimaginable today,” noted Fritsch.

Additional U.S. fiscal stimulus will also boost gold prices this fall, whether it is passed before or after the election, noted TD Securities strategists.

“Market participants needn't look too far into the future to expect a multi-trillion dollar fiscal package that may breathe life into the reflation trade, supporting gold and precious metals,” they said. “Further, this will likely be the case irrespective of the election outcome itself, given that both administrations would likely support some form of a large fiscal package.”

September’s losses did not change the fact that the gold bull market is still intact, the strategists added. “Capital will continue to seek shelter from a prolonged period of negative real rates … For gold bugs, an elevated hurdle rate for CTA liquidations will limit the risk of a large-scale liquidation — the balance of risks is firmly tilted to the upside,” they noted.