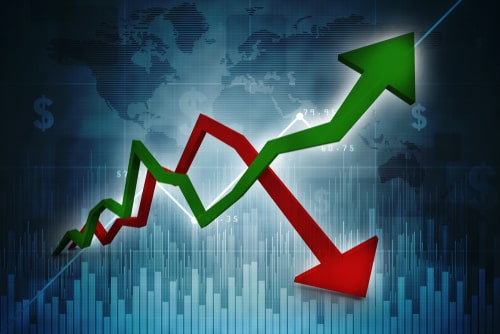 On a monthly basis, the core PCE price index was up 0.3% in August, in line with market forecasts, the U.S. Department of Commerce said on Thursday.

Gold held its morning gains and was trading near its new daily highs after the data was released. December Comex gold futures were last at $1,911.70, up 0.85% on the day.

The report also showed that personal consumption was up 1% in August, slightly beating market expectations of a 0.8% increase. July’s data was downwardly revised to 1.5%.

In contrast, personal income declined 2.7% in August, following an advance of an upwardly revised 0.5% in July. Economists were expecting to see a drop of 2.4% in August.

“The decrease in personal income in August was more than accounted for by a decrease in unemployment insurance benefits, based primarily on unemployment claims data from the Department of Labor’s Employment and Training Administration,” the report said.

“The 2.7% drop in incomes reflected the end of widescale federal government top-ups to unemployment benefits which worked to offset gains in compensation. Consumption growth slowed to a 1.0% pace, which followed a four tick downward revision to the prior month (now 1.5%), as spending on services continued to recover, masking a drop in spending on goods that had already fully recovered to pre-pandemic levels,” Judge said on Thursday. “The greatest barrier to the recovery in consumer spending remains fiscal support, which will be even more crucial ahead given that labor market gains are expected to cool from here and unemployment will remain elevated into 2021.”