Central banks could be stepping up gold purchases after 2020 pause 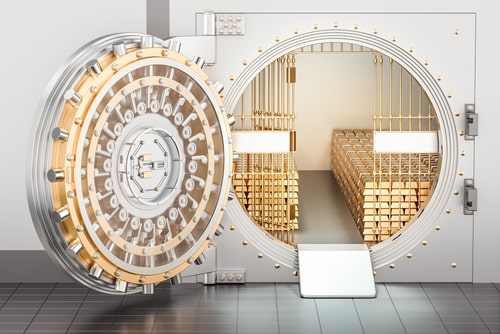 (Kitco News) Central banks around the world are likely to re-engage with gold purchases in 2021 after this year's pause, according to several banks and research firms.

The official sector's gold purchases reached record levels in 2018 and 2019, seeing a total of 656 and 667 tons bought respectively.

Gold demand from the official sector is looking to end 2020 at just 375 tons — the lowest level in a decade, said Citigroup in a September report. In 2021, that total could recover to 450 tons, Citi added.

"The broader push to buy gold is clear amid a longer-term de-dollarization trend and a bias toward reserve diversification," according to Citi's head of commodities for North America Aakash Doshi.

Russia, which stopped being a major gold buyer this year, may resume its purchases in the spring of 2021, and China, which has not revealed anything new in nearly a year, could be looking at new purchases as soon as the U.S. election is over, Citi's report added.

HSBC Securities (USA) Inc. projects a recovery to 400 tons in 2021 after a drop to 390 tons this year, Bloomberg reported.

"Although official sector gold demand was quite robust in 2019 and 2018 and is softer this year, it is not necessarily weak by historical standards," HSBC chief precious metals analyst James Steel was quoted as saying. "While the influence of central bank activity should not be discounted, it is taking a backseat to ETFs and other forms of demand this year."

"Despite the lower level of growth in global official gold reserves in July, year-to-date central banks' net purchases remain comfortably above 200 tonnes," the WGC in the report.

On why central banks have slowed their gold purchases this year, Jeff Christian, managing partner of CPM Group, had this to say:

"When the oil price war started between Saudi Arabia and Russia in April, and the price of oil fell, Russia stopped buying gold, and it hasn't bought any gold since April. China doesn't have the economic constrictions that Russia has, but it has been buying gold for several years and diversifying its portfolio. Gold is a very small portion of their reserves, but they've been buying consistently. They've pulled back and they haven't bought any gold this year," Christian told Kitco News in September.