Some gold with your gas and groceries? Costco enters the gold bullion market 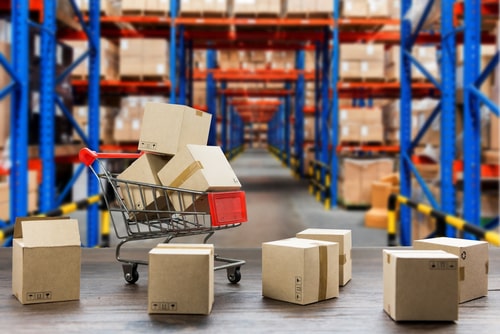 (Kitco News) If this year could not get more bizarre, you can now buy some gold with your gas and groceries at Costco.

With gold making mainstream-media headlines this summer as a secure investment during the turbulent times of the COVID-19 pandemic, it may not be that surprising to some that Costco in the U.K. is trying to enter the market.

Indeed, gold has had a tremendous year, attracting all kinds of new investors as prices rallied to new record highs of USD$2,075 an ounce and silver surged to nearly USD$30 an ounce in August.

Yet, prices have also been quite volatile as gold temporarily dropped below $1,900 an ounce in September.

Costco — the wholesale grocer that also sells cheap gas, tech-gadgets, and jewelry — is now offering gold and silver bars, U.K. media reported. Gold bars can be purchased for up to £24,500 a time.

However, the premium on those bars is a pretty high one, said experts in the field.

According to Costco's prices, reported on September 24, gold bars were sold at a 7% premium and silver at a 28% premium.

For example, the 100-gram gold bar at Costco was priced at £4,939.99 on September 24, which was about at a 7% premium when compared to the market price of that much gold at the time.

When it comes to getting gold and silver bars from Costco, serious investors need to make sure they check prices at their local bullion dealers first, said Kitco Metals global trading director Peter Hug, noting that they are very likely to find a better deal there.

"The [Costco] mark-ups are going to reflect the fact that they are going through another dealer that marks it up. You will likely be paying a lot more than going directly to a dealer," Hug said on Monday.
Hug noted that dealers currently have a premium of about 3% on gold and 20% on silver.

A precious metals investors who have not done their due diligence by checking prices with the local dealer could be missing the point, Hug noted. "Anybody doing that size of transactions without comparing pricing, probably shouldn't be in the gold market and anybody who checked the pricing can find a better deal from any dealer worth their salt," he said.

Investors need to remember that the price of gold and silver will need to go up considerably in order to breakeven with Costco's price tags.

However, the fact that Costco chose to get into the bullion market in the first place shows just how much gold's role as an investment has changed this year.

"Over the past six months, gold has certainly been at the front and center of the financial news cycle. Prior to his, gold has been a topic generally not spoken about by the mainstream media. This has changed, given the anxiety globally. Plus, Britain is still facing Brexit on top of everything else. People are generally nervous and scared," Hug pointed out.

Time will tell whether Costco shoppers' psychology to buy in bulk to save will translate into gold and silver purchases. "You are going with the mindset to buy groceries and gas, and while you are there, you have an inclination to buy gold? It feels strange to me that they will get investor demand," Hug said.

Also, there is a question of expertise, Hug said. "If you want metals, go to a dealer."

Right now, physical gold demand is waiting for a new catalyst, Hug added. "If you look at retail physical demand in March, April, May, June, July, and August, it was extremely high in the context that you had the gold market moving from $1,500 to almost $2,100 and silver from $15 to $29. Now that the market has come back down and gold is back under $2,000, and silver is below $25, the market has slowed," Hug said. "Right now, retail is watching. There is no timely emergency to get in today."

However, nothing has changed for gold and silver in the long-term, Hug explained.

"Global central banks, including the Fed, are going to keep rates at zero for at least two years. The stimulus package will also come from existing or new administration. The whole caveat of that liquidity is very constructive for the metals over the medium to longer term. And if we get gold above $2,000 and silver over $26, retail will re-engage," he said.