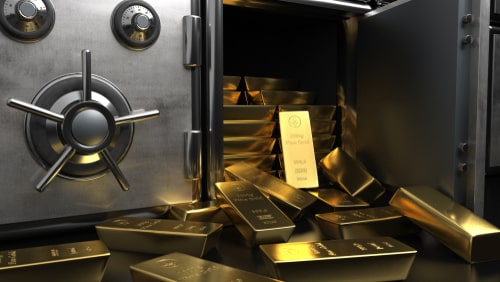 (Kitco News) There is pressure building on the International Monetary Fund (IMF) to sell some of its gold to provide debt relief for poorer nations.

Growing debt concerns have been gaining attention as countries struggle to support their economies amid the coronavirus pandemic. The topic was one of the top items discussed during this week's IMF annual meetings.

The Jubilee Debt Campaign (JDC) is using this as an opportunity to urge the IMF to start selling some of its gold to provide debt relief for the world's struggling nations. According to the JDC's press release published on Monday, gold sales could provide much-needed help to underdeveloped countries struggling with the COVID-19 pandemic.

It all comes out to the numbers, according to the JDC. Gold spot prices rose from $1,500 an ounce to $1,900 an ounce this year already, which means that the IMF's total gold reserves of 90.5 million ounces are now worth around $175 billion. This is around a $38 billion increase in value.

The JDC notes that if the IMF sold less than 7% of its total gold reserves, it would result in a $12 billion profit, which would be enough to cancel debts of more than 70 poorest nations for the next 15 months. And even after such a sale, the IMF's gold receivers would still be worth more than $26 billion since the start of the year.

"The profit from selling less than 7% of the IMF's gold would be sufficient to cancel all debt payments by the poorest countries in the world to the IMF and World Bank for the next 15 months. This would be less than the gain in value of the IMF's gold since the Covid crisis began," the press release said.

The Jubilee Debt Campaign is a U.K.-based charity organization with the goal of ending poverty caused by unjust debt.

The poorer nations don't have the monetary tools available to more developed countries to help them deal with the fallout from COVID-19, argues Jubilee Debt Campaign director Sarah-Jayne Clifton.

"The IMF has the tools and resources to help plug this gap. It has the ability now to unlock a comprehensive debt payment cancellation scheme … This would have a huge impact, helping poorer countries tackle the current economic and health crisis and supporting their faster economic recovery in years to come," Clifton said in the press release.

However, despite the call, it is looking very unlikely that the IMF would be willing to sell any of its gold reserves, especially during such uncertain times.

"The IMF has no plans to sell gold at this time," The Guardian quoted IMF spokesman Gerry Rice as saying. "Gold reserves provide fundamental strength to the IMF's balance sheet, enabling the Fund to lend safely and at low cost to its member countries. This is particularly important at present, when the IMF is undertaking exceptionally large support for its membership, including its poorest member countries, in the context of the Covid-19 pandemic."

Rice added that the IMF has already approved emergency financing of over $10 billion to 47 low-income countries since March.

The World Gold Council (WGC) also said that gold will continue to play a key role in the IMF's portfolio.

"The IMF views gold as an important component of its balance sheet, and it has expressed that it currently has no plans to sell gold," WGC head of Central Banks Relationships Shaokai Fan told Kitco News in an email on Wednesday.

Moreover, the WGC sees gold playing a vital role for central banks around the world during this crisis despite the slowing demand this year.

"We believe that central banks will continue to be net buyers of gold this year, although the quantity of purchases may not be as large as in previous years," said Fan.