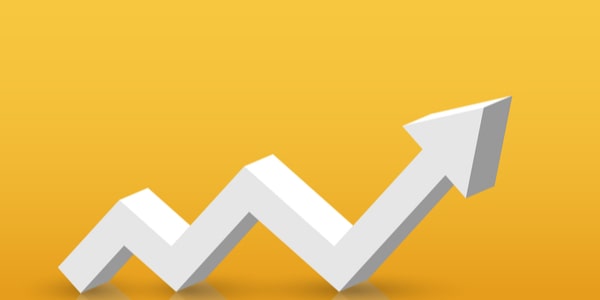 (Kitco News) The most significant risk this fall is a contested election, which could see all assets, including gold, sell off. But once a new administration is established, a sustained gold rally to new record highs is in store, according to TD Securities.

"Pre-election mayhem notwithstanding, it should be remembered that this instability is unlikely to prevail after a new administration is eventually established and the policies of the winners are implemented," TD Securities commodity strategists wrote on Wednesday. "With investors overweight cash, there is plenty of room to tilt portfolios toward commodities, other risk assets and gold."

The price of gold is estimated to rise to $2,100 next year, the report said, noting that massive government spending will be needed for years to come, no matter who is in power in the U.S.

"The resulting record debt and deficits, monetization and the Fed's ultra-low interest rate policy across the yield curve all imply that gold should see a sustained rally, once the new government starts operating in the early months of 2021," the report said. "It is likely that large fiscal spending programs, topping five trillion dollars over the next two years, will very likely be passed by whoever is in power … Lower real interest rates and weaker USD will be important factors assisting gold in its move to new records."

A critical distinction between the Republicans and Democrats for gold is that the latter is willing to spend more, which is likely to boost the yellow metal's prices higher.

"We judge a Democratic party dominated administration is more likely to be hooked on excessive spending and monetary policy stimulus, which is more gold friendly. A Blue Wave could well change the Federal Reserve Act in order to facilitate monetization as a permanent policy to fund excessive government debt," the strategists pointed out.

When it comes to silver, TD Securities sees prices rising to $30 an ounce next year with the potential to outperform gold.

"Silver does well when there is a favorable environment for gold. It has a historical volatility double that of gold. And, at the current 78 gold-to-silver ratio, the white metal is very cheap," they wrote. "Expenditures on green energy infrastructure, decarbonization, and electrification should help silver as it is very much used in solar panels and virtually all electrical circuits. Plus, given supply is constrained, there will be pressure on the existing supply, which should see it move to $30/oz again next year."

There is a chance things could go off the rails

The biggest risk to assets across the board is a contested election and potential civil unrest, TD Securities strategists warned.

"The 2020 election contest features Donald Trump, who most would agree is a polarizing figure, and a much wider-than-usual use of mail-in ballots due to COVID. As such, there is a possibility that the vote results in many jurisdictions may be contested, with results being unknown for day, weeks or even months after November 3rd. There are even concerns that supporters of each candidate may not accept the results and create social disorder," the report said. "Markets can price risk, but uncertainty regarding rules or who will be in charge could create a rush to cash and risk-off behavior."

If the election result uncertainty lasts for months after the election, this leaves the door open for possible social disorder.

"This type of uncertainty would send volatility sky-high, with risk appetite waning and most assets selling off. Base metals, crude oil, even gold could correct sharply," the strategists said. "If this becomes a contested vote with possible social unrest, the contango may well be extended well into 2021."