'Markets addicted to stimulus' as anxiety builds: What to expect from gold price with election two weeks away 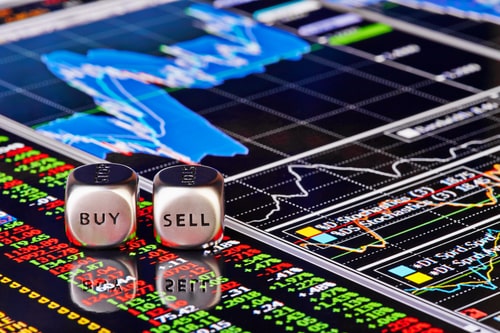 (Kitco News) Gold's stable position at the $1,900 an ounce level could be the calm before the storm as the U.S. presidential election is just two weeks away, and a lot of investors are choosing to stay on the sidelines amid high levels of anxiety in the marketplace.

"Uncertainty remains the watchword in the markets," said StoneX head of market analysis for EMEA and Asia regions Rhona O'Connell. "The fact that the gold price has not really moved and is still doggedly trading a range in dollar terms reflects the reluctance of market participants to take aggressive positions ahead of the election result (in our view, at least, the election result will be bullish for gold, regardless)."

The primary triggers for gold remain the U.S. stimulus negotiations and the U.S. dollar's reaction to those off/on again headlines.

"Gold and equities are addicted to the stimulus package. And looking at the negotiations, any sort of rhetoric has a direct correlation between equities and gold. That's why gold's in a holding pattern," Phoenix Futures and Options LLC president Kevin Grady told Kitco News on Friday.

For now, gold is likely to remain in a range between $1,880 and $1,930 an ounce, said MKS SA precious metals trader senior vice president Afshin Nabavi. "Gold is following the dollar and the stock market. We have to break $1,925 on the upside, and on the downside, solid support is at $1,880. The sentiment is more on the bullish side for the metal," Nabavi said.

The U.S. fiscal stimulus package is looking improbable before the Nov. 3 general election at this point, according to analysts.

In the latest update, Treasury Secretary Steven Mnuchin told House Speaker Nancy Pelosi that President Donald Trump would personally ask the Senate Republicans for support on any deal that is reached. However, Senate Majority Leader Mitch McConnell rejected the idea, stating he would not be able to sell a larger package to his members.

"With the President lagging in the polls nationally and in several swing states, Trump no longer has the clout to swing the Senate around," said Bannockburn Global Forex managing director Marc Chandler.

Gold's price action is directly tied to stimulus because the metal is inflation driven, Grady explained. The more money the government prints, the more the U.S. dollar depreciates, he added. "As they devalue currency that is pushing gold up. Even bitcoin will start to increase as an alternative investment. The U.S. dollar is the world's reserve currency, and when you devalue it, it gives gold a boost," Grady stated.

Before or after the election, the stimulus will eventually be passed as both presidential candidates see the need for more spending.

"Regardless of which presidential candidate gets in, gold will ultimately be going higher. Both candidates will be spending money, and that is bullish for gold," said Grady. "I expect gold to advance back to $2,000 by the year-end."

Biden is likely to spend more, while Trump's spending is likely to be more directional. Still, both candidates will be good for gold, RJO Futures senior commodities broker Daniel Pavilonis pointed out.

"Gold will continue to grind higher going into the elections and maybe even make new highs off of that. There is an edge for more stimulus if Biden gets in as more money will be pumped out without restraint. With Trump, it is more going to be a directional flow of money. But you still have the Federal Reserve continuing to print up paper and buy Treasuries. Everything is extremely accommodating," Pavilonis said. "Ultimately, we make new highs by year-end. $2,300 was my target at the beginning of the year. There is a possibility that we may still get up there."

Another element keeping investors cautious is the renewed surge in COVID-19 cases around the globe as fears of new lockdowns weigh on sentiment.

"Global investors are also attentive to the latest developments surrounding the spread of the virus, as COVID-19 makes a resurgence across Europe and the United States. In this pre-vaccine era, a country's economic recovery is contingent on how well it can contain the coronavirus, as it is the health response of each country that forms the basis for its economic recovery," said FXTM market analyst Han Tan.

Economic recovery could be slowed or even derailed if the coronavirus is not contained, which benefits safe-haven assets such as gold, Tan added.

The latest economic data out of the U.S. have so far been mixed. While his week's jobless claims numbers rose to their highest levels since August, climbing towards the 900,000 mark, the U.S. retail sales more than doubled expectations, coming in at 1.9% in September.

"People are still spending money, and they do want to get out. But as people get out there, there is no vaccine, and people are subjected to this virus," he said. "Eventually, the virus will end up going away, but a lot of people will be totally desolated from this."

Election just over two weeks away

There is a reason why there is a lot of anxiety in the marketplace ahead of the election, with the biggest risk still being a possibility of a contested election and even a chance of civil unrest.

"The election outcome is far from assured and political risks could still hurt stock bulls if they simply charge recklessly higher," noted Tan.

Should equity markets dramatically sell-off before or after the election, gold will also get hurt as investors raise liquidity, warned O'Connell. The move, however, will likely be a temporary one. "Certainly as evidenced in the February/March falls of this year, [gold's] decline will be a lot smaller than that in the stocks, and will be much more rapidly redressed," she said.

The U.S. remains highly polarized during this election. On top of that, there are COVID-19 restrictions and confusions over mail-in ballots. Plus, there is a looming question of whether Trump will accept and recognize the results if Biden wins.

"Uncertainty around the election is a problem. If you don't trust the electoral system, that is a problem," Grady pointed out.

On the radar, next week are the latest U.S. housing figures. The U.S. building permits and housing starts will be released on Tuesday, followed by the existing home sales on Thursday. Jobless claims will also be out on Thursday, followed by manufacturing PMI data on Friday.

Another interesting item will be Federal Reserve Chair Jerome Powell speaking at a panel on the future of cross-border payments and digital currencies at the International Monetary Fund's (IMF) annual meeting on Monday.