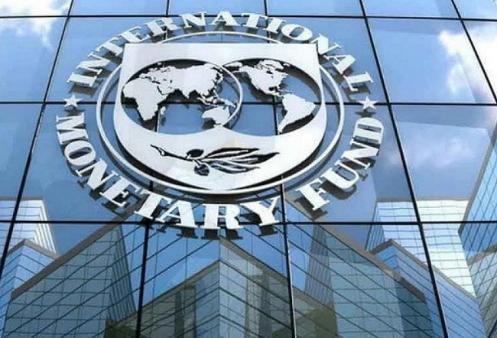 (Kitco News) - The global COVID-19 pandemic has wreaked untold damage on the global economy, and as a result, ahead of its annual general meeting, the International Monetary Fund (IMF) is calling for the creation of a new “Bretton Woods Moment.”

In a commentary posted last week, Kristalina Georgieva, IMF Managing Director, highlighted how nations have to come together to solve the issues created by the coronavirus, that has killed more than 1 million people around the world and is expected to wipe $11 trillion in global output next year.”

Gold investors have jumped on the commentary as the IMF supporting the ideal of a new gold standard; however, the commentary did not mention gold once.

As I have laid out for years...

Gold is on its way back to monetary policy in a direct way.

The IMF last week confirmed they WILL NOT sell gold reserves...

Now they are calling for a new Bretton Woods arrangement.

WELCOME TO THE ERA OF GOLD ?https://t.co/R8TNouiM5l

It Will Never Happen You All Said

The Best Is Yet To Come ?

Instead of adopting a new global currency model, Georgieva said it now is the time for nations to come together to work to solve issues that are impacting the global economy.

“We will have a chance to address some persistent problems — low productivity, slow growth, high inequalities, a looming climate crisis,” she said. “We can do better than build back the pre-pandemic world – we can build forward to a world that is more resilient, sustainable, and inclusive.”

So far this year, global fiscal and monetary policies have pumped more than $12 trillion into financial markets. Meanwhile, central bank balance sheets have grown by more than $7 trillion dollars.

Georgieva said that more stimulus will be needed to support the global economy.

“Support remains essential for some time—withdrawing it too early risks grave and unwarranted economic harm,” she said.

The first Bretton Woods conference in 1944 established the U.S. dollar as the reserve currency, which was pegged to the price of gold. The agreement looked at preventing competitive devaluations of currencies, and promoting international economic growth.

Looking to the future, Georgieva said that a new framework should deal with issues like restructuring unsustainable debt, investing in young people to make sure they have access to healthcare and education and deal with climate change.

“In the last decade, direct damage from climate-related disasters adds up to around $1.3 trillion. If we don’t like this health crisis, we will not like the climate crisis one iota,” she said. “Our research shows that, with the right mix of green investment and higher carbon prices, we can steer toward zero emissions by 2050 and help create millions of new jobs.”

While some analysts have said that this could be the first step in establishing a new gold standard in global currencies, many policy makers have not supported that idea.

He said that a gold standard would force the Federal Reserve to stabilize the dollar price of gold.

“We would then not be looking at maximum employment or stable prices. There have been plenty of times in the fairly recent history where the price of gold has sent signals that would be quite negative for these of those goals,” he said. “If you assigned us to stabilizing the dollar price of gold, monetary policy could do that, but other things would fluctuate. This is why every country in the world abandoned the gold standard some decades ago.”