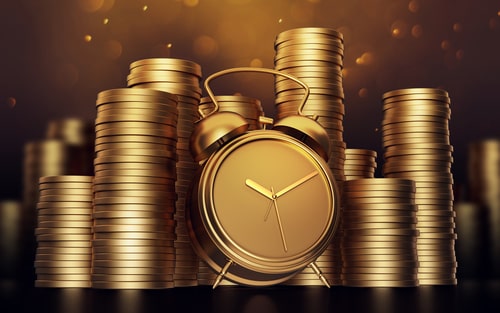 (Kitco News) The U.S. fiscal stimulus package will trigger a price rally in gold, according to Australia and New Zealand Banking Group (ANZ), which sees the precious metal surging to $2,200 by the end of the year and advancing to $2,300 by early 2021.

"Approval of a U.S. relief package will be the trigger for price upside," ANZ's commodity strategists Daniel Hynes and Soni Kumari wrote in the latest commodity report.

ANZ's forecast for the precious metal sees gold rising to $2,200 by the end of the year and then climbing further to $2,300 by early next year.

"The outlook for gold is positive amid mounting economic concerns due to C-19 surges. Accommodative central bank policies and liquidity injections are broadly supporting the market," Hynes and Kumari said.

Physical demand is also projected to recover ahead of the festival season, the strategists added.

"We see the gold price reaching USD2,300/oz early next year," they wrote.

In the short-term, uncertainty over the stimulus package and stronger U.S. dollar have been weighing on gold, the strategists said, while noting that this pressure is likely to be only temporary.

"Recent strength in the U.S. dollar triggered profit booking in gold. That said, we see the backdrop as supportive, and the recent price setback is likely to be short-lived," Hynes and Kumari said.

Gold's outlook will remain a positive one heading into the election in light of the political uncertainty, increase in coronavirus cases, and low-interest-rate environment, the strategists added.

"We see gold remaining well supported leading into the U.S. election amid the high level of political uncertainty. This has already seen ETFs inflows increasing strongly. Gold-backed ETFs have experienced six straight days of net inflows, and are now up 34% this year alone," they said.

However, the $2,300 an ounce level expected to be reached in Q1 of next year will likely mark a peak in the gold rally for the next year, according to the bank.

For silver, the bank projects a $30 an ounce price tag by early next year. However, similarly to gold, silver is estimated to begin its decline in Q2 2021 and end next year at $23.80.