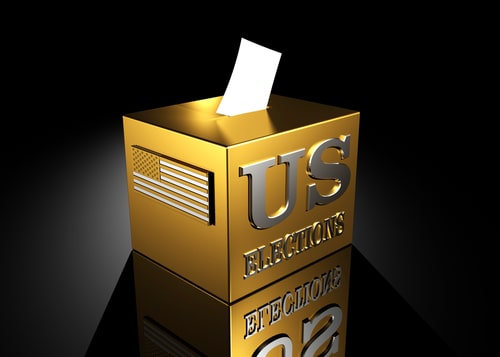 (Kitco News) Gold is likely to see more of the same range-trading pattern right up until the election as markets are not ruling out a tight race, according to StoneX.

"Gold is in the doldrums, with relatively low volumes and still range-trading; and likely to be so until the approach to the election, especially given that the markets are now sensing a tightening in the Presidential race, and not discounting a repeat of the 2016 outturn," StoneX head of market analysis for EMEA and Asia regions Rhona O'Connell.

Weakness in the U.S. dollar is providing some relief to gold this week as prices are trading near the top of their range. At the time of writing, December Comex gold futures were last at $1,928.90, up 0.70% on the day.

"The markets are responding to any change in nuances, especially the dollar, which went through two down-drafts yesterday, buoying the metals and gold and silver in particular," wrote O'Connell.

Investors are also starting to look past the elections regarding stimulus expectations as Democrats and Republicans are making a last-ditch effort to get something passed before the election this week.

"[House Speaker Nancy] Pelosi is signaling that a compromise may be possible; the strategists are now starting to shrug this all off, preferring to look to post-election stimulus expectations. Again, this will hinge on the make-up of Congress. Currently, Senator Mitch Romney is saying that >=$1.8Tn would be very unlikely to get through the Senate," O'Connell noted. "The major contention is within the details of any deal. The House Committee Chairmen are working on the legislative language with their Republican counterparts in the Senate, and the problems are that the levels of spending under discussion are linked with the areas of disagreement in the summit-level talks."

In terms of future gold price direction, StoneX's O'Connell said that she sees the metal's bull run ending only after there is a vaccine available and the coronavirus crisis is over.

"We have gone on record several times recently to the effect that we believe the most likely scenario for gold's current bull run to come to an end will be after the virus is suppressed, and/or an effective vaccine has been widely available for a while, alleviating fears of a resurgence," O'Connell said.

Once that happens, it is possible that the gold market could see a similar outflow of money as in 2013.

"It is not difficult to see a re-run of 2013 once money managers are confident that risk levels have ebbed; at that stage also, consumer confidence would be improving and it would be perfectly feasible for metal to leave the ETFs and flow back into the Far East," O'Connell wrote.