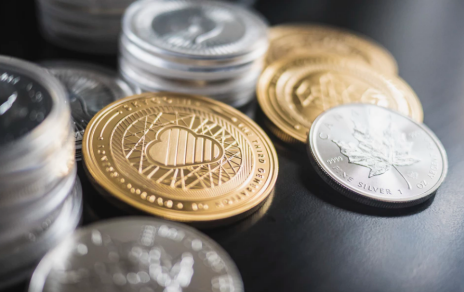 (Kitco News) - Investor demand is holding relatively steady, in line with the recent price action, according to the latest trade data from the Commodity Futures Trading Commission (CFTC).

Hedge funds remain active investors in the gold market; however, analysts have noted that nobody is making significant bullish or bearish bets ahead of the Nov. 3 U.S. General Election.

Gold's net length now stands at 90,565 contracts, up more than 10% from the previous week. The renewed bullish interest in gold has not been enough to impact prices as the market hovers around $1,900 an ounce.

Ole Hansen, head of commodity strategy at Saxo Bank, said that gold investors are in wait-and-see mode ahead of the Nov. 3 election. While Democratic nominee Joe Biden is leading against the incumbent and Republican nominee Donald Trump, many political pundits say the race is still too close to call.

"With a Biden win increasingly being priced in, some may have decided to step aside until after November 3. Not least considering the memory of 2016 when the Trump win helped trigger a 15% correction in the weeks following the election," Hansen said.

Although the market appears stagnant in the near-term, Hansen added that there are strong long-term fundamentals still in place to support the precious metal.

"Fiscal and monetary support will continue to increase with the second coronavirus wave hurting the already fragile economic recovery," he said.

David Govett, founder of Govett Precious Metals, said in a note to clients Monday that he could see some profit-taking in the gold market ahead of the election.

"The market is still long, especially the ETFs and I suspect people may want to bank a little bit whilst the market shows no signs of going anywhere. However, I personally would remain long and look to add to that on any profit-taking pullback," he said.

Analysts at Commerzbank noted that stability in gold's investment market remains the only pillar of strength in the marketplace as physical demand remains lackluster.

"Gold is continuing to lack support from physical gold demand in Asia. Swiss trade data had revealed last week that gold demand in India and China was still rock bottom in September," the analysts said.

While the gold market remains stable, silver sees a shift in sentiment as hedge funds covered their short positions.

Silver's net length currently stands at 39,975 contracts and is currently at its highest level since late-July.

However, the bullish activity in silver didn't have much impact on prices. During the survey period, silver prices bounced around $24.50 an ounce.