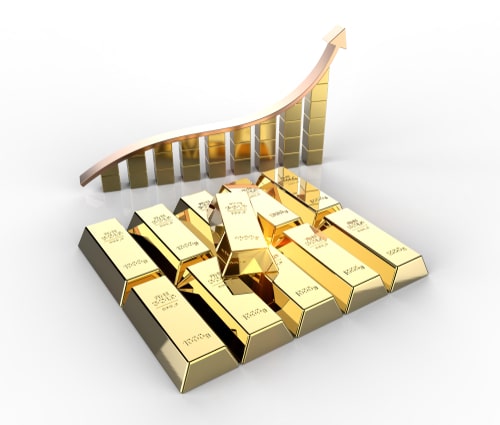 (Kitco News) Gold is continuing to take its cues from the U.S. dollar as analysts focus more on the fiscal stimulus prospects rather than the election itself, according to Standard Chartered.

Even though the macro environment remains very supportive of higher gold prices, the precious metal is stuck at the $1,900 an ounce level, said Standard Chartered precious metals analyst Suki Cooper.

“Gold prices continue to oscillate around USD 1,900/oz, between the 50-day and 100-day moving averages, but continue to take their cues from macro drivers, predominantly the USD rather than real rates,” Cooper wrote on Friday. “We expect this to remain the case leading up to the U.S. presidential election.”

The amount of attention being given to stimulus seems to be taking away from gold’s potential upside in case of a Democratic win across the board.

“Even though polls continue to indicate a Biden victory and a Democratic Senate, gold price action has stalled, despite this election scenario potentially posing the greatest upside risk for the metal,” Cooper noted.

Tactical positioning remains cautious with just eight days left until the election, the analyst pointed out.

“Managed-money positions have firmed from June 2019 lows but are light given price levels. ETP flows have also slowed and swung to net redemptions over the past week, perhaps amid profit-taking and in search of better re-entry levels,” she said.

Overall, most of the drivers remain supportive of higher gold prices into the next year, Cooper added, noting that Standard Chartered is projecting $2,000 an ounce level by the end of the year and $2,100 an ounce during Q1 2021.

“Negative real rates, expectations of a weaker USD and stimulus packages continue to paint a favourable backdrop for gold, but lighter positioning suggests caution ahead of the election,” she said.

The physical market has been weak ahead of the U.S. election, with Q3 likely turning out to be the weakest quarter for central bank gold buying in 10 years, Cooper wrote.

“The physical market usually offers a buffer on the downside when disinvestment accelerates, such as during 2013. The absence of strong physical demand could add to market volatility around the election,” Cooper noted. “Central bank buying also slowed; August marked the first month of net selling since December 2018. Provisional data for September suggests Q3-2020 could be the first quarter of net central bank selling in almost 10 years (since Q2-2010: -18.8t), or at least the weakest quarter for net additions.”