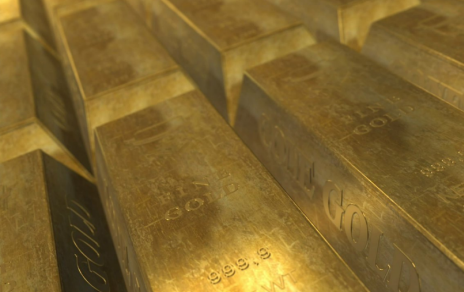 (Kitco News) - Investment demand, in an environment of low interest rates and unending uncertainty and turmoil, remains the singular driving force in the gold market, according to analysts at Refinitiv.

In a report last week, the research firm said that physical gold demand fell by 562 tonnes in the third quarter, down 30% compared to the third quarter of 2019. However, dismal physical demand has had little impact on prices as gold pushed to an all-time high above $2,000 in early August.

Commodity analysts at Refinitiv said that gold prices averaged $1,909 an ounce between July and September, up 27% from the second quarter and up 30% from last year.

Although physical demand is expected to continue to struggle, analysts at Refinitiv expect gold prices to end the year on a strong footing.

“It is in the near term that we are likely to see increased volatility, choppy trading and fluctuations in the stock markets and the gold price, particularly in the run-up to U.S. presidential elections,” said Cameron Alexander, director of precious metals research at Refinitiv in the report.

“While we may see gold consolidating or being caught up in a broader sell-off in the short term, gold should be the one to benefit from growing risks revolving around the second COVID-19 outbreak and the global economic turmoil, and we may well see the yellow metal hit a fresh record before the year-end,” he added.

Looking at the demand picture for the third quarter, the research firm noted that global jewelry demand had the biggest impact on the physical market. Global gold jewelry contracted by 314 tonnes, a drop of 23% compared to the third quarter of 2019.

“Countries continued to battle against the COVID-19 pandemic, which took a serious toll on the global economy, unemployment rates, household incomes and consumer demand,” the analysts said.

Central bank demand is another important pillar in the gold market that contracted in the third quarter. Refinitiv said that for the first time in a decade, central banks were net sellers of gold, selling 13 tonnes between July and September.

“The shift was driven by an absence of purchases from Russia and China, as well as a significant rise in gross sales as countries continued the battle against COVID-19, which has taken a severe toll on the global economy, with perhaps some also taking advantage of the gold’s astonishing price performance in recent months,” the analysts said.

Looking at the global gold supply, Refinitiv said that mine production fell 2% in the third quarter compared to last year; however, strong recycling made up for a drop in mine production, the report said.

“While the rate of decline is a lot less pronounced than in the previous quarter, many mines continued to operate at restricted capacity in order to maintain COVID-19 safety restrictions,” the analysts said.

In total, the global supply increased 10% in the third quarter.