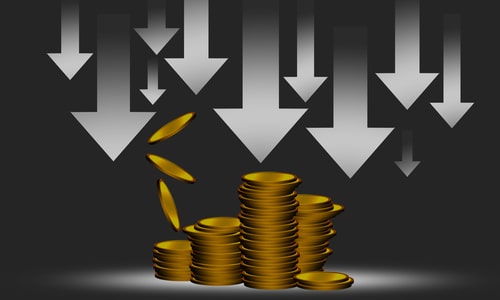 (Kitco News) A combination of election and coronavirus jitters is boosting the U.S. dollar and dragging gold down along with equities, according to analysts.

"We are seeing an uptick in coronavirus cases, stocks are down, and the U.S. dollar is up. The markets were anticipating a stimulus deal, but there's no stimulus coming between now and the election," RJO Futures senior commodities broker Bob Haberkorn told Kitco News on Wednesday.

The pressure on gold saw the precious metal lose $40 on Wednesday morning. Since then, December Comex gold futures began to somewhat recover, last trading at $1,880.50, down 1.64% on the day.

More volatility is the most likely scenario as the U.S. election approaches, analysts told Kitco News.

"Without a doubt, this is an example of the election jitters. News of more lockdown in Europe is also one of the reasons why the dollar is rallying, and in turn, gold is selling off," said TD Securities commodity strategist Daniel Ghali.

Another major aspect to Wednesday's selloff is the fear of getting the election wrong.

"Over the last few weeks, the markets have priced in a blue wave. That's a democratic win for the president and in the Senate. The risk, particularly for gold bugs, would be a contested election. And that's probably true for global markets as well," Ghali said. "And as we're heading into the last few days before the election, there is this fear of a 2016 type scenario, where the prevailing market odds are going to slip in a very quick way."

If the election results are close enough, the U.S. could be in store for a contested election — a scenario that hasn't been fully priced in by the markets. "There is certainly a risk of getting it wrong on the election day, and that's leading to a low conviction. And as a result, we're seeing higher volatility in gold," Ghali noted.

Markets were almost certain of a Democratic sweep at the polls just a few weeks ago, but that outlook seems to be changing quickly, said RJO Futures senior commodities broker Bob Haberkorn.

"If you asked me two weeks ago, who was going to win, I would've told you, Biden. If you asked me today, I'm starting to think Trump's going to pull this thing out with some of the data that's been coming out," Haberkorn said.

A Trump win is likely to trigger a significant rally in equities followed by a significant rise in gold and silver, which would be coupled with the hope that a stimulus deal would be coming through soon, Haberkorn explained.

A Biden win, on the other hand, is likely to see an equity selloff and gold advance as the precious metal disconnects from following equities' price action. "The anticipation of a much larger stimulus would be a reason for gold and silver to rally," Haberkorn added.

More volatility is anticipated before the election, added Ghali, noting that gold's longer-term support on the downside is at $1,820 an ounce.

If the selloff in equities gets worse, gold will probably continue lower and test $1,850-55 first and then $1,825, Haberkorn said.

"We could see $1,825 an ounce if you get more announcements of shutdowns because of coronavirus. Equities could get spooked even more, which will probably pull gold and silver lower ahead of the election," he noted.

According to LaSalle Futures Group senior market strategist Charlie Nedoss, gold's first support is at $1,850, but if the metal falls below that, the next major line in the sand is down at $1,781.90, which is the 200 -day moving average.

After all the election-related noise, however, gold should see a nice rebound, Haberkorn pointed out. "The likelihood of a stimulus deal coming through will be that much more. And it Biden wins, I think metals rally more because his stimulus package will be significantly higher than what Trump's looking at doing," he said.

Longer-term, Nedoss sees the U.S. dollar heading lower and gold attracting more safe-haven bids as the stimulus issue gets addressed after the election.