Gold price ahead of U.S. election: 'We cannot be certain of a clear result on Wednesday' - StoneX 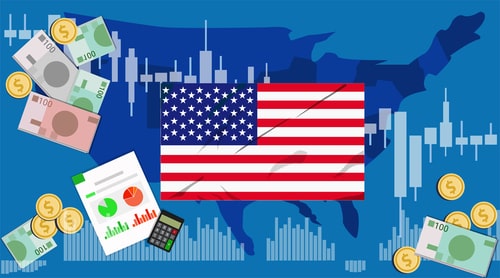 (Kitco News) Markets might not get clear results from the U.S. election on Tuesday, according to StoneX.

After all the electoral votes have all been cast on Tuesday, it is not a given that markets will receive a clear answer on the night of or even on the next day, said Rhona O’Connell, StoneX head of market analysis for EMEA and Asia regions.

“The coming days may well see a contested U.S. election and it is possible that postal votes will take time to count so we cannot be certain of a clear result on Wednesday,” O’Connell said on Monday. “This would almost certainly keep gold steady for a while at least.”

Gold prices plunged below the critical psychological $1,900 an ounce level last week and began Monday on a slightly firmer footing. At the time of writing, December Comex gold futures were trading at $1,893.20, up 0.71% on the day.

“Gold has unwound its oversold position of late last week and is moving up to test dual resistance at $1,900 from the [10-day 20-day] moving averages. Some support from a Fibonacci retracement at $1,873,” O’Connell pointed out.

The election is the biggest event of the year that traders have been waiting for. However, all of the uncertainty associated with the event has been keeping markets on edge.

“A series of polls in the United States over the weekend show Joe Biden holding a narrow lead in the key battleground of Pennsylvania and in Florida and Arizona; these are key swing states and the polls show Biden/Trump at 49/43% in Arizona and Pennsylvania, 47/44 in Florida and 52/41 in Wisconsin,” explained O’Connell.

The U.S. dollar remains a crucial driver for the precious metal going forward, she added.

“Ranges remain narrow, but market participants are expecting choppy trading over the next few days and fears of election uncertainty are also supportive,” O’Connell noted.