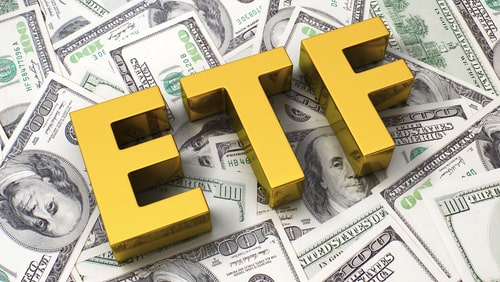 (Kitco News) A significant wave of selling in gold-backed exchange-traded funds (ETF) has been weighing on the precious metal, which continued to lose ground Thursday.

At the time of writing, December Comex gold futures were down nearly 1% on the day and trading at $1,857.20 an ounce.

"Gold ETF holdings continue to fall as potential vaccines drive risk-on sentiment … With this, net outflows over the past week have been over one million ounces," Hamilton said on Thursday.

The selloff in ETFs got started last week on the positive COVID-19 vaccine news, with investors beginning to price in a return to normalcy next year.

"There have been several similar reports in the meantime, including again yesterday. It appears that some market participants assume that governments and central banks will already return to more prudent fiscal and monetary policy next year, which is why they are selling gold. In our opinion, this expectation is likely to prove wrong," Fritsch noted.

Because of this type of thinking, gold is likely to remain under pressure in the short-term, Fritsch added.

However, potential dollar weakness could offer support to the precious metal in the near term, Hamilton pointed out. "We expect gold to maintain in the $1,800-1,900/oz range through year-end unless we see some aggressive profit-taking following the gains seen earlier this year," he said.

TD Securities also reminded investors on Thursday that the vaccine news is actually good for gold in the long-term due to rising inflation expectations next year.

"It is worth recalling that the driver of investment flows into precious metals has ultimately been sourced from a powerful impulse lower in real rates. In this lens, the vaccine will ultimately be a boon for gold bugs, helping strengthen inflation expectations without immediate implications for central bank policy," TD Securities strategists said.

Gold will remain an attractive investment despite the recent ETF selling, the strategists added.

"Capital [will continue to] seek shelter from increasingly negative real rates. Therefore, while gold bugs are anxiously hoping prices hold north of the $1,850/oz trendline, a break below could catalyze another positioning squeeze which would asymmetrically tilt the balance of risks to the upside," they noted.